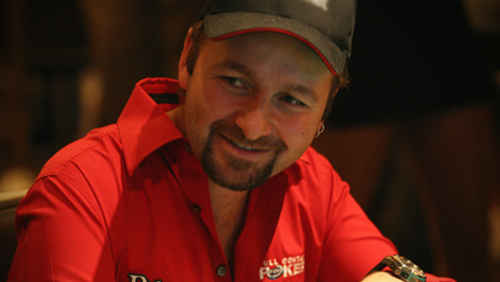 Just before bedtime, the organizers of the world’s biggest tournaments get down on their knees, clasp their hands and pray to the poker gods that a star name will manage to find the right blend of skill, and luck, to make their way to the final table. For the inaugural WSOP-APAC all those prayers were answered, and then some, as two of the biggest stars in the galaxy not only reached a final table, but they won the goddam thing. Phil Ivey adding bracelet number nine to his collection after winning Event #3: $2,200 Mixed Event, and Daniel Negreanu winning bracelet number five after taking down the $10,000 Main Event for $1,087,160.

“I had so much fun. It’s such a blast. It’s been a while since I have had one of these on my wrist.” Negreanu told PokerListings after his victory signified the end of the WSOP foray into its third continent.

It was an event where the North Americans once again proved why they own 57% of the top 300 players on the Global Poker Index (GPI) with only Aaron Lim able to take a sliver of gold away from the combined might of the United States and Canada. Lim is running hotter than a Rihanna instagram collection, taking over $1 million from the tables in the past seven-months. Lim took third in the €8,500 Partouche Main Event (debacle) in Sep for $523,938, before adding a further $111,088 to his bank account with victory at the PokerStars sponsored Asia Pacific Poker Tour (APPT) in Seoul in March. His victory in Event #4: $5,000 No Limit Hold’em (NLHE) Six Max earning him a further $244,678 as he defeated a final table full of Aussies to win his first gold bracelet.

The first piece of hardware to be shipped to the North Americans was handed out to Bryan Piccioli. The man known as ‘theczar19’ is a former online MTT world number one, and it was high time that the American found the rub of the green to secure a live tournament victory. Event #1: $1,100 NLHE – Accumulator was a bold move by the WSOP as once again they showed their penchant for something a little different. For the first time ever, in a WSOP tournament, players could buy in to multiple starting flights and amalgamate all of their finishing stacks into one mighty tower heading into Day Two. Piccioli topped a 1,085-player field that created a formidable final table containing former WSOP Main Event champion Jonathan Duhamel, WSOP Main Event final tablist Jeremy Ausmus and local favorite Jonathan ‘xMONSTERxDONGx’ Karamilikis.

Once again it was a case of American gold as Jim Collopy took down Event #2: $1,650 Pot-Limit Omaha (PLO) for $69,662. It was a sweet moment for a man who came so close to winning WSOP gold, after finishing runner-up to Gus Hansen, in the 2010 £10,000 NLHE High Roller Heads-Up at the Empire Casino in London; the recent PartyPoker Premier League winner, Dan Shak, also popping up on the final table finishing in fifth place, and GPI World Number One Marvin Rettenmaier also making an appearance finishing in ninth.

Another event, and another American victory, this time by the greatest American player with blood still running through his veins. It was Event #3: $2,200 Mixed-Event and that man Phil Ivey showing his thousands of IveyPoker pros how its done, by earning his ninth gold bracelet and $51,840 in prize money – the equivalent of one hand of Baccarat! Kudos also to both Graeme Putt (3rd) and Daniel Negreanu (4th), for making two final tables at WSOP-APAC.

“I definitely wanted to win this event, especially after going deep. My last six final tables were very tough and took a lot out of me. This is my favorite place to play. I love the feeling I have when I come down here. As I have gotten older I have started to think about my history in poker and where I am going to stand. So it’s important for me to win these bracelets. I have to catch Phil [Hellmuth], but it’s tough as he keeps winning them, but I’m looking forward to the summer.” Ivey told PokerListings.

The biggest of the two non-bracelet events was the $50,000 High Roller and once again it was one of the crack team of German High Rollers that took down the title. Philipp Gruissem, Tobias Reinkemier, Fabian Quoss and Igor Kurganov travel around the world together and win millions together. This time Gruissem was the man earning the bucks – all $825,000 of them – after defeating the former WSOP Main Event third place finisher, Joseph Cheong, in heads-up action. Gruissem has nearly amassed $5 million from this tournament format since winning the €10,000 NLHE High Roller in Berlin back in 2011. Cheong recording his second WSOP runner-up spot after losing out to Aubin Cazals in the $5,000 NLHE Mixed-Max Event last summer.

The Caesars Cup was the other non-bracelet event and one that doesn’t really capture the imagination of the poker world. There’s no bracelet, no prize money and let’s be honest…. no real honor. Players will spout how prestigious it is to be selected once a camera is thrust in front of their face, but in truth nobody cares about a contest that just seems to get in the way. You only have to look at the team selections of Shane Warne and Sam Holden, both members of the WSOP sponsors 888 Poker, to see how much rope the team Captains had when it came to choosing the team of their choice. Nevertheless, the event had to be played and it was Team Europe who defeated both Team Asia-Pacific and the reigning champions Team Americas to be crowned as champions. Just in case anyone cared, Team Europe consisted of Sam Trickett, Sam Holden, Marvin Rettenmaier, Dominik Nitsche and Philipp Gruissem.

So with the joke of the Caesars Cup out of the way it was time for the players to knuckle down for the serious business of the $10,000 WSOP-APAC Main Event. The piece de resistance drew 405-players, a much smaller field compared to the equivalent event at the Aussie Millions back in January; but it was just enough to award that all important seven figure first prize. That big phat check now sits in the hotel room of ‘Kid Poker’ Daniel Negreanu, who overcame a final table containing former European Poker Tour (EPT) Champion, and another crazy good German, Benny Spindler. Negreanu’s victory is his fifth WSOP bracelet and it puts him in the early lead for the 2013 WSOP Player of the Year (POY) race.

“Number five! It’s been a long drought since 2008. It’s a great way to start 2013. I always thought I should have more than four and now I plan to get to seven or eight by the end of the year.” Negreanu told PokerListings after his win.

So that’s a wrap for the inaugural WSOP-APAC and you have to say the top dogs at WSOP headquarters will be extremely happy. It didn’t draw in the numbers that the Aussie Millions did in January, but according to Seth Palansky, during an interview with CalvinAyre.com, prior to the first fling of a card: “We’re in this from a brand building perspective. To us, it has already been a success.”

With bracelets on the wrists of the likes of Phil Ivey and Daniel Negreanu their brand recognition could not be in safer hands.