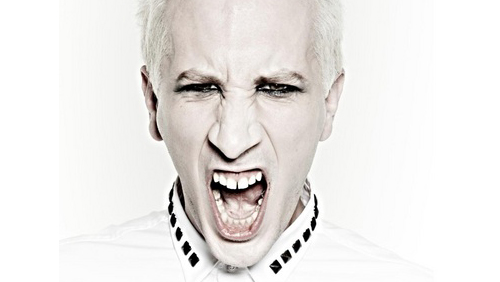 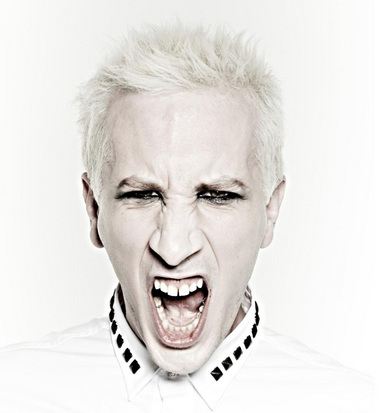 If you were designing a computerized poker game and wanted to create an ideal poker character, then ElkY would fit the bill. With his bleached blonde hair, dark sunglasses, dirty stubble and decent array of clobber, the man wouldn’t look out of place standing center stage of a pop concert with his mouth spitting over the mic.

Bertrand Grospellier…see; even the name rolls off your tongue in a cool way.

I caught him walking down the Rio hallway during a break in the Shootout event. He had a slight limp and seemed to be in another world. I was a little worried he had lost another fighting bet and maybe Jimmy Fricke had given him a Superfly Splash from the top rope.

He’s fine. Nobody has given him a good kick. Instead he is just aching after a morning workout. I can’t shake this image of a busty female personal trainer screaming abuse at him while twenty naked Korean women watch from the wings.

He tells me that his favorite event is the 4-max. An event he is now going to miss after cashing in the Shootout – an event he tells me that people play too tight in and don’t push their edge enough. I nod like I know what the hell he is talking about. You have to listen intently when ElkY speaks as he sounds like someone on speed played in constant fast forward on a tape recorder.

Peter Jetten and Taylor Paur are giving him a bit of trouble on the table and he recently treated his girlfriend to a night at Joel Robuchon. It’s no wonder mine complained when I told her I was taking her for a Scottish. You should have seen her face when the Prius rolled into the drive-in at McDonalds.

I love speaking to this guy. He makes me want to dye my hair blonde, spend an obscene amount of money on clothes and go and find myself a hot Korean girlfriend….wait I already have one of those.