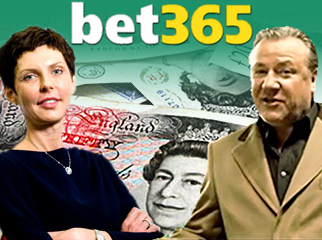 UK online gambling operator Bet365 earned profits of £148m in its fiscal year ending March 31, 2013, a 35% improvement over the previous year’s total. The privately-held Stoke-based company’s operating profits actually rose 54% to £179m, but the company was hit with a £30.9m bill stemming from its controlling interest in the struggling Stoke City football club. Understandably, Bet365 CEO Denise Coates stated that the company was “committed … to reduce the club’s reliance on the group” in order to make the club more self-sufficient.

Online betting turnover during Bet365’s fiscal year nearly topped the £20b mark, a dramatic improvement over the previous year’s £12.4b. The turnover total was more than the combined tallies posted by rivals William Hill and Ladbrokes, and nearly four times Paddy Power’s £5.7b. Unlike most of its rivals’ online operations, Bet365 has never fled the UK for more favorable tax regimes, and the decision to keep its headquarters in the UK led to it having to ante up corporation tax of £31m. Bet365’s employee ranks swelled nearly 19% to 2,500 over the past 12 months, but the company is currently sitting on £430m in cash reserves, so making payroll – even that earned by pitchman Ray Winstone (pictured at right) – shouldn’t be an issue.

As a private company, Bet365 isn’t prone to oversharing its financial data, but Coates said total revenue had risen 44% over the year. Outside sports betting, poker revenue was up 10%, bingo rose 25% and casino increased by 35%. Active users topped 2m, while sign-ups topped 2.7m and net depositors hit 1.3m. Mobile continues to be a star performer for Bet365, with turnover up 150% and revenues up 158%. Suffice it to say, Coates well deserved the £5.4m in pay and bonuses she collected last year, in addition to half of the total £15m in dividends the company disbursed, with father Peter and brother John receiving the lion’s share of the remainder.