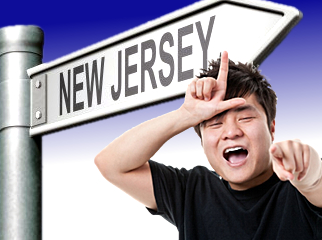 New Jersey has responded en masse to last week’s filings by the US Department of Justice, four pro sports leagues and the NCAA in the never ending legal fight over the federal PASPA sports betting prohibition. On Friday, briefs were filed with the Third Circuit Court of Appeals in Philadelphia by the state of New Jersey, the state’s horsemen’s association and two prominent state politicians.

NorthJersey.com’s John Brennan obtained copies of all three filings and distilled their joint disdain for anyone standing in the way of the Garden State’s legal sports betting ambitions. (Kudos to Brennan for taking the US court system to task for releasing “key legal briefs at 8PM ET on a Friday night in the summer.”)

IN CASE YOU MISSED IT
Last week, the DOJ’s filing took on the issue of whether the sports leagues had standing to intervene in New Jersey’s sports betting pursuit. The DOJ claimed PASPA had granted the leagues’ legal protection “similar to the protections traditionally afforded in fields such as copyright and trademark law, where authors and companies are given the right not to have their creative works exploited by other parties.”

On the question of whether PASPA violated the US Constitution’s commandeering edicts by letting Congress dictate policy to the states, the DOJ repeated its argument that PASPA didn’t compel New Jersey to do anything but maintain the status quo. To bolster this argument, the DOJ somewhat bizarrely suggested there was nothing in PASPA preventing New Jersey from simply deciding not to enforce sports betting prohibitions, thereby allowing back-of-the-bar bookies to move into vacant storefronts and openly provide their services without fear of arrest. That “might be bad policy, and it might be irresponsible” but the state wouldn’t be in violation of PASPA’s edicts if it went down that road. Perchance to dream…

OLSON CHIDES DOJ FOR SWITCHEROO
Friday’s key filing was that of the state and its legal champion, Theodore Olson, who attacked the DOJ’s last filing as having “all but abandoned the reasoning” that convinced Judge Michael Shipp to grant the injunction barring New Jersey from offering legal sports betting. Olson says the DOJ’s latest argument that PASPA doesn’t prevent New Jersey from allowing illegal sports betting from running wild directly contradicts what the DOJ told Shipp, namely that PASPA “restricts the areas in which sports wagering is occurring by forbidding any additional states to legalize sports wagering.”

Olson argues that this contradiction reflects the DOJ’s belated realization that PASPA does in fact “require the States in their sovereign capacity to regulate their own citizens,” which is incompatible with the Tenth Amendment. Olson also says the DOJ’s suggestion that New Jersey could save a few enforcement bucks by letting bookies run wild in the streets “displays a shocking, especially for [the DOJ], lack of regard for the parallel constitutional obligations of state officials.”

As for New Jersey’s alleged hypocrisy for including in its sports betting legislation a clause barring wagering on any collegiate event taking place within the state, Olson says it wasn’t because the state believed such wagers would have “negative effects.” In reality, “that exemption was included at the request of the NCAA.”

On the equal sovereignty issue, Olson challenges the sports leagues’ argument that Nevada was allowed to keep its sports betting operations due to the state’s economic “reliance” on gambling. Olson notes that the leagues’ failed to cite a single example of a similar case, leading Olson to conclude: “That nobody has been able to identify any law remotely similar to PASPA is, itself, a powerful argument for unconstitutionality.”

RIDING TOWARD THE SOUND OF THE GUNS
The filing by the New Jersey Thoroughbred Horsemen’s Association got in a proper zinger over the fact that a few states with long histories of gambling were allowed to essentially opt out of PASPA. The DOJ denies that this means PASPA violates the doctrine of Equal State Sovereignty, but following these criteria, the Horsemen suggest states where blacks couldn’t vote might have chosen to opt out of the 1965 Voting Rights Act.

The Horsemen also quoted Supreme Court Chief Justice John Roberts to buttress their argument that PASPA violates anti-commandeering principles by compelling New Jersey to not authorize sports betting. In his opinion on the 2012 ‘Obamacare’ case, Roberts wrote: “The Constitution simply does not give Congress the authority to require the states to regulate… That is true whether Congress directly commands a state to regulate or indirectly coerces a state to adopt a federal regulatory system of its own.”

POLS PILE ON
The day’s other filing came courtesy of New Jersey Senate President Stephen Sweeney and Assembly Speaker Sheila Oliver. The two Democrats claim that if PASPA’s prohibitions don’t equal commandeering, Congress could pass laws ordering states to take all sorts of affirmative actions provided they were phrased in “prohibitive” language. Understandably, the pols are also keen to protect themselves from blowback from irate betting-deprived voters who don’t understand the nuances of the federal-state dynamic.

The Third Circuit Court will hear oral arguments in the case on Wednesday, June 26. Both sides have each been allotted 30 minutes to wax eloquent. The leagues and the DOJ have agreed to split their time into two 15-minute blocks. Still waiting on word as to how the three-headed Garden State team will carve up their half-hour.