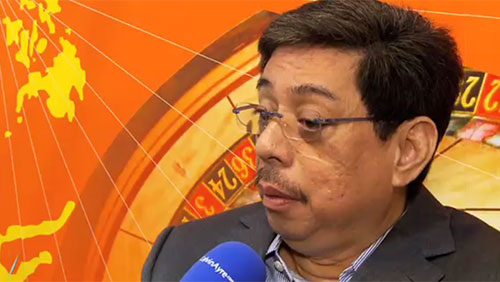 CEZA, or the Cagayan Economic Zone Authority, is a government-owned and controlled corporation in the Philippines. It’s also an independent jurisdiction that acts as an economic zone with the objective of developing the whole area into a self-sustaining industrial, commercial investment, financial and tourism-recreational center with a separate customs territory similar to Hong Kong, Singapore, Lubuan in Malaysia and Hamburg in Germany.

But more than all of that, CEZA is also considered a pioneer in the online gaming industry in Asia after it became the first and only online gaming jurisdiction in the region more than 10 years ago. It’s independence from the control of the Philippine Amusement and Gaming Corporation has allowed it to work in free step to establish itself and earn the reputation of being the number one jurisdiction for Asian-facing online gaming companies.

“After more than 10 years, our reputation has spread over Asia that we are a fair jurisdiction,” CEZA chairman Jose Marie Ponce told CalvinAyre.com correspondent Angelia Ong during the sit-down interview.

While CEZA has become an inviting place for Asian-facing online gaming companies, any talk of the Philippines these days as it pertains to gambling will inevitably fall on a discussion surrounding Entertainment City.

The rise of the multi-billion dollar gambling destination in Manila wasn’t lost on the CEZA chairman, who believes that the presence of Entertainment City will only increase international confidence that the Philippines is fast becoming a major force in the gambling scene, be it land-based or online.

“I think that would boost the potential of the online gaming operations considering that the strategy that’s now being implemented is to connect online gaming with land-based gambling operations,” Ponce said. “They call this now the ‘brick-and-click’ strategy.”

And while the CEZA chief has nothing but positive things to say about Entertainment City, his main objective continues to be boosting CEZA’s profile in the online gaming market. It certainly helps his cause that the independent gaming jurisdiction has fostered and developed relationships with a lot of Asian-facing online gaming companies.

“We are very optimistic that CEZA being the first and only regulated jurisdiction in Asia is now being recognized as a fair jurisdiction,” he said. “

“When you talk about online gaming in Asia, you refer to our jurisdiction.”