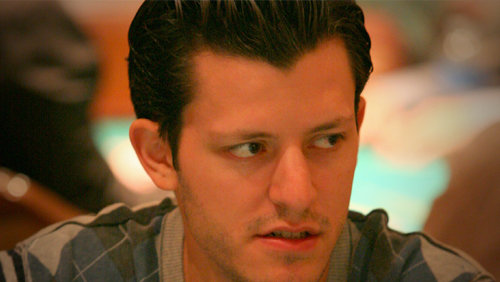 Benny Chen has become the first millionaire of the 44th Annual World Series of Poker (WSOP) after somehow managing to fight his way through a field of 6,343 players to win Event #6: $1,500 “Millionaire Make” No-Limit Hold’em.

Chen marched into the final day with the chip lead, and that’s the way it ended after he defeated Michael Bennington in heads-up action to take the $1,198,780 first prize. Dan Kelly booked a fifth place finish just three days after finishing sixth in Event #2: $5,000 NLHE 8-Max.

“I am speechless and exhausted.” Said Waxman after his win. “I just want to get really drunk and go bowling.”

Thank you so much for all the support. The best thing about making these FTs is noticing how many people care about you! Love you guys.

Michael Malm has taken the second Canadian bracelet after victory in Event #8: $2,500 Eight-Game Mix – an event he wasn’t even expected to be playing in. Malm had chopped a WSOP Deepstack Event and was going to play a second but missed the registration. Undeterred Malm decided to take a shot at the Eight-Game and the rest is history. Malm picked up $225,104 for his win and Greg Mueller finished third for $89,673, another agonizingly close call after finishing second in the same event last year.

The final shootout table is set as Event #9: $3,000 NLHE Shootout reaches the end of the road. Four of the final 10-players have all been there, seen it and won WSOP bracelets: Cliff Josephy, David “Bakes” Baker, Ryan Hughes and Max Steinberg all looking for more bling. The recent European Poker Tour (EPT) Grand Final €25,000 High-Roller champion, Steven Silverman, Chris Klodnicki and the European pairing of Alessandro Longobardi and Simeon Naydenov also join the cast.

Event# 10: $1,500 NLHE has reached the third day of action and Erich Froelich is in charge. 645-players started and 19-players remain in a field that includes Barry and Jeff Shulman. Event #11: $2,500 NLHE (Six-Max) has begun and 924 players entered. There are 133 left and the wonderfully named Tammy Tibbles is the current chip leader with Steven Kelly, Tuan Le, Chino Rheem, Scott Clements and Vanessa Rousso all in contention at the top of the chip counts.

Jason Mercier has been speaking to PokerNews about the wisdom behind his bracelet bets this year. Mercier said that he sometimes gets attracted to the juicy cash game action and believes his bets will allow him to stay motivated for the bracelet hunt.

The Global Poker Index (GPI) number one ranked tournament player said that he has bets against Antonio Esfandiari and Brian Rast, whilst David ‘Viffer’ Peat has bet that Shawn Buchanan and John Monnette to win a bracelet.

Action is still open if you feel Mercier doesn’t have what it takes. So far his smallest bet is a $3,000 wager to win a $1,000 and his largest is $75,000 against $25,000. If he wins a bracelet then Mercier is likely to win more money on his side bets than he is on the actual tournament.

Daniel Negreanu has ticked another 2013 goal off his list after smashing his way into the GPI top ten where he sits in second spot behind that man Mercier. The current WSOP Player of the Year leader, and WSOP-Asia Pacific Main Event champion, finished 12th in Event #5 to gain enough points to cement his place.

Why do players want to win a WSOP bracelet this year? Here are two contrasting views from Darryll Fish and David “Doc” Sands.

I don’t just want to win bracelets this year, I want my opponents enjoy their time at the tables so they keep coming back for more #WSOP

I don’t just want to win bracelets this year, I want to shatter dreams and cause opponents to question their career choice. #WSOP