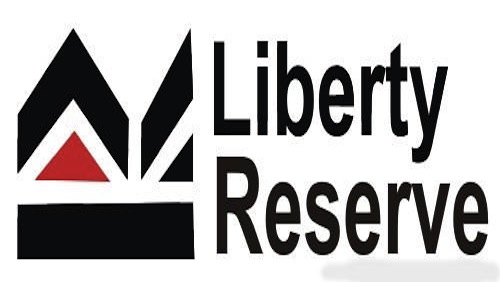 Digital currency Liberty Reserve was shut down last Thursday after founder Arthur Budovsky Belanchuk was arrested in Spain as part of a money laundering investigation between law enforcement agencies in the US and Costa Rica involving suspicions that Budovsky was involved in money laundering using numerous shell companies that were created to operate Liberty Reserve.

US and Costa Rican investigators also said that Budovsky had numerous businesses in Costa Rica, one of which was Liberty Reserve, that were used in money laundering schemes for drug trafficking and child pornography websites.

According to The Tico Times, Budovsky has been under investigation for two years in Costa Rica for the alleged shady operations. His arrest comes seven years after he and partner Vladimir Kats were indicted on charges of operating an illegal financial business in the form of GoldAge Inc. which US officials said was involved in transmitting at least $30 million to digital currency accounts since 2002. The two were sentenced to five years in prison although they only ended up receiving five years probation. Since then, Dubovsky has ditched America in favor of Costa Rica, where he founded Liberty Reserve.

Two years ago, the Financial Institution Superintendency (SUGEF), Costa Rica’s financial regulatory agency decided to close down Liberty Reserve because a lack of transparency and accounting of funding sources. But according to La Nación, that didn’t stop Budovsky from closing the site, continuing to operate it with numerous other corporations in the country, including Silverhand Solutions and Technology S. A, Worldwide E-Commerce Business S .A., Grupo Lulu Limitada, Triton Group A and A, S. A. and Cyberfuel.com. It was at that time when US prosecutors talked to their Costa Rican counterparts to launch an investigation on Budovsky and the aforementioned companies. That two-year investigation eventually led to his arrest in Spain, prompting the shut down of Liberty Reserve and leaving all account holders in limbo over the state of their funds.

There’s no word on how many clients and accounts Liberty Reserve had but it was made evidently clear that there are a lot of pissed off folks looking for answers in the short time after the site was shut down.

Liberty Reserve gained popular after it began operations in 2011 for being one of the first digital currency sites that easily converted real money – US dollars and euros – to Bitcoins and vice versa. But with other processors joining the fold and offered easier processes, Liberty Reserve lost a little bit of its steam, but not to the point where it was dry of account holders. One of the things that made Liberty Reserve so appealing to customers was the lack of any form of scrutiny in opening accounts. Anybody could open accounts and were not compelled to abide by strict identity documentation. All one needed to open an account was to submit a name, address, email address, date of birth and occupation.

The lack of legislation meant that Liberty Reserve was free to conduct transactions, which in turn, made it attractive for money laundering, drug trafficking and tax evasion.

All of this, of course, doesn’t make up for the anxiety of the existing account holders who have funds tied up to the site. As long as Liberty Reserve is shut down, these folks don’t have access to their money, making for a really dicey situation that was already complicated enough in the first place.