Home / Business / Australian PM Gillard to broadcasters: choose between no live odds or no gambling ads at all 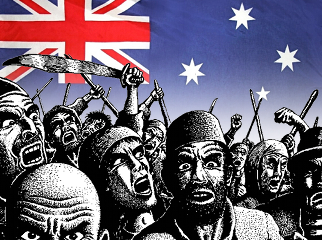 Australian Prime Minister Julia Gillard has delivered an ultimatum to the country’s broadcasters: agree to a self-imposed ban on promotion of live betting odds during sports broadcasts or the government will rush legislation through parliament before the federal election in September. The ban would also limit gambling firms to generic ads before and after matches or during scheduled breaks in play (quarter time, half time).

Failure to adhere to the government’s edict would result in a total ban on all gambling advertising during live sports broadcasts on TV, radio and online. The broadcasters have been given two weeks to work out the nuts and bolts of a new gambling advertising code, which will then be enforced by the Australian Communications and Media Authority.

The new rules will also prevent bookies like Tom Waterhouse from acting as part of the commentary crew or appearing anywhere near the field of play. Waterhouse’s use of a Channel Nine microphone in his live odds spots during National Rugby League broadcasts has been fingered as the straw that broke the anti-gambling crowd’s back. The ensuing brouhaha has cost Waterhouse his NRL gambling partnership and provoked the ire of everyone from parliamentary committees to his fellow bookmakers.

Gillard told reporters that there would be no live odds promotion “from the moment the players step onto the field to the moment that they leave the field.” Gillard told the Sunday Telegraph that “enough is enough. Now we are acting to ensure our kids are talking about who is the best team, not who is the best bet.” Gillard said betting ads had gone “over the top and I think people will be relieved.” Facing an election in September and pressure from within her own party, Gillard is likely relieved at having regained control of the media narrative.

Less relieved is the reliably anti-gambling Sen. Nick Xenophon, who said Gillard’s plan only goes a “third of the way.” Xenophon finds it hard to believe Gillard can’t see the “gaping anomaly” that kids “will still be inundated with gambling ads before the game, after the game and at three-quarter-time.” Greens Sen. Richard Di Natale agreed, saying Gillard should “finish the job” and get rid of this “bizarre loophole” that would allow odds promotion during studio sports programs. Xenophon also suggested Gillard’s hand was forced by a similar live odds ban recently announced in the state of South Australia.

Communications Minister Stephen Conroy held secret talks this week with Australia’s broadcasters, which have agreed to go along with the plan. Broadcasters can’t afford not to. As Scott Briggs, Channel Nine’s head of regulatory affairs, told a parliamentary committee in March: “In an advertising market which is currently failing, every bit of revenue is important to us as broadcasters.” The live odds promotion ban will hurt, but a total ban on gambling ads would be a deathblow to broadcasters paying billions for sports broadcast rights.

As for Waterhouse, his many critics are likely overdosing on schadenfreude now that he’s been bumped from standing just off the field to standing outside the building. It’s worth reminding everyone that Waterhouse broke no law other than ‘thou shalt not make a prime minister look ineffectual ahead of an election.’