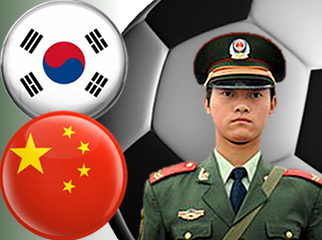 Authorities in China’s most populous province have broken up what they’re calling the “largest illegal soccer betting gang” ever to have been caught operating on the mainland. The bureau of public security in Guangdong’s capital Guangzhou said the crackdown, which led to the arrest of 157 individuals, was the product of a year-long investigation. Police seized computers, credit cards and have frozen bank accounts containing over RMB 132m (US $21.5m). If police are to be believed, the gang allegedly handled wagers totaling a staggering RMB 100b ($16.3b), although police neglected to specify over what time period this volume of wagers was conducted.

It’s no secret that gambling is very popular in Asian countries, just as it’s no secret that most Asian countries still try to enforce strict anti-gambling laws. In South Korea, for example, locals are forbidden to enter all but one of the country’s 17 casinos and they will be similarly barred from the new facilities in the 8City project near Incheon (assuming they’re actually built). The purported goal behind this policy is for the country to reap the revenue rewards of gambling tourism without incurring the alleged social costs of letting the locals get their gamble on.

But according to a report released this week by Korea’s National Budget Office (NBO), the policy has done little to curb Koreans’ access to gambling, even if they have to break the law to do it. The Gambling Industry Assessment by the Government report says Korea’s illegal gambling industry has grown 41% since 2008, to the point where it’s now worth KRW 75 trillion ($66.5b). For the record, the country’s legal gambling sector – including horseracing and lotteries – was worth just KRW 17.1 trillion ($15.1b), a mere 23% of the illegal business.

The NBO blames this discrepancy on the fact that the National Gambling Control Commission’s focus “has been limited to the legal gambling industry and thus has been lax about the proliferation of unsupervised gambling websites and the like.” Or maybe it’s because people will always find a way around silly government prohibitions on popular forms of entertainment, especially when that government allows foreigners to enjoy rights forbidden to its own citizens.