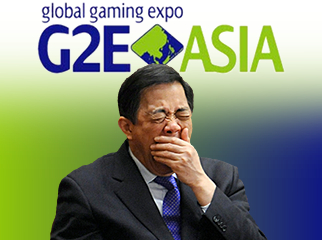 An expert on the Chinese market has warned Macau casino operators that they need to rebrand their offering if they wish to retain their status as the region’s number one casino destination. Ben Cavender, associate principal at China Market Research, told attendees at this year’s Global Gaming Expo (G2E) Asia that China’s middle class is starting to view Macau as “an old destination,” leading many of them to feel “they’ve done it already.”

Cavender says the Chinese middle class has a strong cultural awareness, and when they look at the offerings in Singapore, the Philippines and other regional markets, they see “something new and interesting.” Cavender says Macau does a great job catering to VIPs but needs to address the needs of the middle class through more non-gaming options. The new resorts going up on Cotai are a good start, but Cavender says Macau remains “not easy for families, not friendly for casual gamers who sometimes may not be able to find something else to do besides gambling.”

On the other hand, outgoing American Gaming Association chief Frank Fahrenkopf opened this year’s G2E Asia by saying it was “easy to jump to the conclusion that increased competition will have a negative impact on existing markets.” Fahrenkopf maintains that Macau need not fear regional competition because increased competition “will force successful operators to adapt, to be more creative and to evolve.”

EMBRACE TECHNOLOGY, MAKE MORE MONEY
Evolution was on the mind of Professor I. Nelson Rose, who told Macau Business Daily that Macau needs to understand that “the future is with technology.” Rose says Macau should emulate Singapore’s embrace of electronic table games (ETG), particularly the ‘stadium-style’ electronic baccarat variety that can handle anywhere from 60 to 100 players simultaneously. Rose says Singapore has more tightly embraced the technology, whereas Macau “still has the high-roller suites where people squeeze the cards and the games are slow … the more bets per hour, the more the casinos make.”

Las Vegas Sands has embraced the use of stadium baccarat tables at its Macau casinos. Not only do they increase betting volume, but Macau regulators count them as one gaming table, meaning the ETGs offer a way to legally circumvent Macau’s strictly enforced gaming table cap. Speaking at the Gaming Technology Innovations: Traditional Tables & Electronic Games panel, Aruze Gaming Macau general manager Takahiro Usui said that for ETG manufacturers like himself, the cap represents “a chance to create a new market.”

LIGHT AT THE END OF SHFL V. LT GAME TUNNEL?
Problem is, Macau’s ETG market is currently embroiled in a long-running dispute involving manufacturer LT Game and virtually every other gaming technology company. LT Game, a subsidiary of Hong Kong-listed Paradise Entertainment, caused an uproar at last year’s G2E Asia by slapping rival SHFL Entertainment with a court order preventing it from displaying its electronic live-dealer baccarat games, for which LT Game claimed to own the patent. Macau’s legal system views patent infringement as a criminal offense, and concerns over a possible rerun of last year’s kerfuffle convinced device maker Alfastreet to skip this year’s event.

Macau’s Court of First Instance is currently weighing the merits of LT Game’s patent infringement suit against SHFL. But in a surprise move, LT Game recently admitted that it doesn’t hold a ‘monopoly’ on electronic multi-gaming. While it’s far from a definitive statement, SHFL CEO Gavin Isaacs told Business Daily he was “encouraged” by the development, which he believes “could definitely contribute to a peaceful way forward and hopefully a settlement of all disputes.”