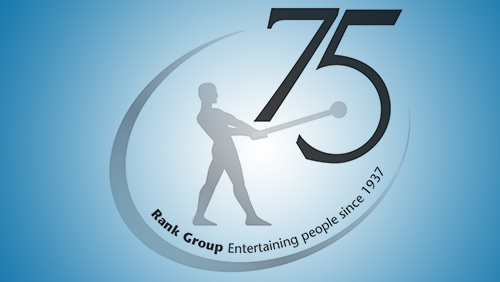 After 15-months of negotiation The Rank Group finally complete the acquisition of 19-casinos from Gala Coral in a year that has seen the poor weather conditions bite into its growth. You have to go way back to January 2012 when The Rank Group plc. first decided to become the UK’s largest casino chain, by entering into discussion to buy the Gala Coral’s struggling land-based casino business. At the time, Gala Coral had net debts of around £1.3bn, circulating rumors that the acquisition would be a foregone conclusion, and yet nothing could be further from the truth.

The proposed £250m deal stalled in the back end of March 2012 after the Rank CEO, Ian Burke, walked away from the table over concerns that the deal would not present good value for the shareholders that he represents. Gala Coral went back to their amazing debt busting plan and Rank continued to focus its attention on the opening of 12 new G Casinos.

Two months later and the pair seemed to have kissed and made up. The talks were back on, everything was rosy in the garden of Rank and Gala Coral and rumors started to circulate that hands had touched on a deal that would see 23-Gala Casinos, and three non-operating licenses, pass to Rank in a £205m deal. Two factions that did have a say in the matter were the Rank shareholders and the UK competition watchdogs. Whilst the Rank shareholders proudly pushed their thumbs up, the watchdogs dipped their down and the deal stalled once more.

In March 2013, details emerged of a revised agreement that would keep the jobsworth’s happy. Rank would acquire 19 UK casinos from Gala Coral – to the tune of £179m – and yesterday Rank announced that the deal has finally become a reality in an interim management statement issued from the recently crowned ‘Largest Casino Chain in the UK.’

“I am delighted that we have completed the acquisition of Gala Casinos. The addition of 19 casinos creates a market leading position for our Grosvenor Casinos brand, taking us into 11 new markets in the UK,” said Ian Burke.

Rank also announced that total continuing revenue for the 18-weeks to 5th May 2013 had grown by 2%, although like-for-like revenue was down 2%. In contrast, the 44-week period showed total revenues had increased by 5%, and like-for-like were also up 3%. The £5m sale of Blue Square Bet to rivals Betfair helped the figures achieve that cozy glow with a 24% dip in performance wiped off the balance sheet. A much needed boost considering the fact that the UK continues to be the wettest and coldest place on planet earth, forcing many punters to just stay at home.

The Grosvenor Casino side of the business saw revenue grow by 1% (down 5% on last years performance) in part due to the sectors digital revenue continuing to sprout wings and fly with a 70% growth due to an increased investment in marketing.

Mecca, the bingo arm of Rank, saw revenues grow by 2% (down 1% on last year) and once again it was the digital brand that was knocking up the numbers with a 16% growth rate.

The Spanish facing business, Enracha, saw a 1% growth in sterling revenue, but euro prices saw revenue decrease 2%. Overall, an unfavorable exchange rate has seen a 3% decrease in the previous 44-weeks.

The report ended with the news that Richard Greenhaigh was going to step down after nine years as a non-executive director, Colin Child will become Rank’s senior independent director with effect from July 2013 and the financial outlook as a whole is predicted to see Rank to continue to perform marginally below last year.