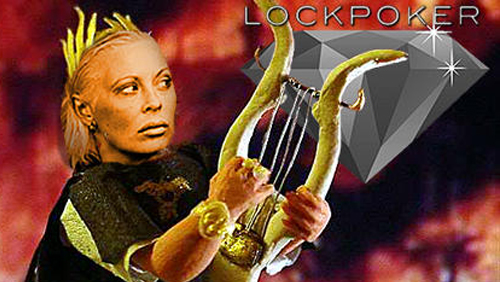 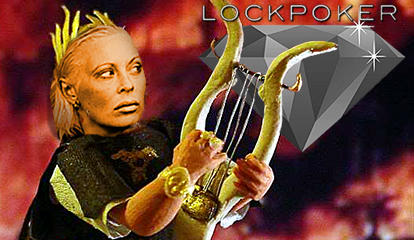 Where to start with the ongoing debacle that is Lock Poker? On Thursday, following weeks of silence, the struggling company finally released a formal statement on its controversial policy regarding player-to-player transfers and the conflicting statements from Lock support staff that appeared to suggest transferred funds could never be withdrawn, regardless of how many times they’d been played through.

According to the statement on Lock’s site, it has instituted a new cash-out policy requiring transferred funds to generate 15% of their value in rake before the transferred funds are eligible to be withdrawn. Lock claims the previous prohibition against withdrawals was intended to deal with “a large network of mule accounts” that were buying up Lock funds on the cheap and withdrawing them at face value. Lock refers to this tactic as “money laundering,” although most online poker companies don’t automatically equate withdrawal requests from their sites with criminal activity. Then again, most companies actually allow withdrawals.

CYPRUS? CYPRESS? MILEY CYRUS?
Lock’s statement also included a denial that the company had lost player funds via “recent banking scandals.” This appears to be an attempt to deflect rumors that Lock accounts took a haircut during the recent banking turmoil in Cyprus, even though evidence has surfaced that Lock’s primary payment processor JDB Services is registered in Nicosia, the Cypriot capital. As George Costanza famously observed, it’s not a lie if you yourself believe it.

When the rumors first broke, an unidentified Lock sock puppet had posted to the 2+2 forums that Lock had “never held any accounts in Cypress banks.” The (intentional?) misspelling of ‘Cyprus’ led many to conclude that Lock was channeling former US President Bill Clinton, who famously didn’t regard oral sex as ‘real sex,’ which allowed him to unequivocally state that he “did not have sexual relations” with Monica Lewinsky.

WHERE THE ELITE MEET TO RETREAT
This week saw the defection of two of Lock’s highest profile sponsored pro players – Chris Moorman and Paul Volpe – who separately announced their departures via Twitter. Other pros were reportedly treated to an all-expense-paid trip to sunny Portugal on Lock’s dime – or Lock players’ dime, depending on your view of Lock’s solvency – in the latest installment of the original Lock ‘retreat’ in October 2011, which featured a tour of French castles, hot-air balloon rides and several vats of wine.

After a 2+2 poster claimed Lock CEO Jennifer Larson (pictured fiddling above) had ferried a contingent of her pro roster to Portugal, increasingly flustered Lock rep Shane Bridges replied that such claims were “severely lacking in actual facts.” Trouble is, while the pros were reportedly asked not to advertise their attendance via their social media channels, some were severely lacking in discretion which left Shane’s protests severely lacking in credibility.

LARSON’S CLOGGED PIPES
Some forum posters wondered why a site teetering on the brink of insolvency would waste money on a fancy retreat. As with Lock’s previous retreats, there were also a number of Lock affiliates invited to Portugal (at least, the affiliates Lock hasn’t accused of ‘money laundering’). Lock’s need for fresh cash infusions is obvious, therefore it needs to do what it takes to keep its affiliates happy and confident in Lock’s ability to bounce back. To paraphrase a business maxim, you have to spend other people’s money to make money.

Among the affiliates visiting Portugal was Gambling911’s Chris Costigan, who promised a ‘sit down’ interview with Larson regarding the site’s recent woes. Given that the majority of G911’s coverage of the Lock debacle has been a sympathetic spin on Lock pros enduring verbal abuse at the hands of Lock’s irate player base, nobody seriously expected a Mike Wallace-style grilling when Costigan and Larson got together to share a bottle of port in Porto.

True to form, Costigan’s exclusive turned out to be little more than Larson imitating former Senator Ted Stevens’ definition of the internet as a series of tubes. Larson described Lock’s payment channels as “a number of pipes,” but lamented the fact that there were “only so many pipes and all have a limited capacity.” Perhaps the best part of the article was the stock photo of a young, attractive couple gazing happily at their laptop. Presumably Costigan cropped out the bankers foreclosing on the couple’s mortgage because their bankroll is trapped in Larson’s pipes. 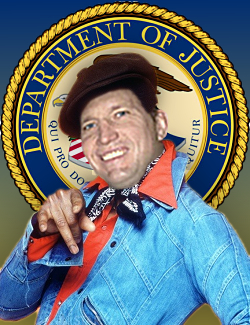 WITNESS FOR THE PROSECUTION
While players have an obvious bone to pick with Lock/Larson, the industry as a whole has reason to be wary of Larson’s partners in crime. CalvinAyre.com’s sources say Lock legal counsel Bryce Vincent Geoffrey (pictured right) and Lock bean-counter Pilar Catala have both been instrumental in cooperating with the US Department of Justice to help bring down rival operators.

Geoffrey has been reliably pegged as the informant cited in a recent indictment brought against a former US-facing operator. Geoffrey’s motive appears to have been retaliation for having lost a civil suit stemming from his former employment with a company that supplied services to the same US-facing operator. Geoffrey has already demonstrated his willingness to engage in extortionist tactics with this operator, so the slippery slope to online gambling’s version of Huggy Bear wasn’t a long trip. Given Lock’s propensity for semantic gymnastics, we can’t help but recall Huggy’s own rationalization: “I am an urban informer. I am not a snitch.”

While the proverbial smoking gun has yet to surface, the cooperation of Lock execs with the DoJ might offer a theory as to why Lock has yet to be targeted by the DoJ, despite Larson’s own public claim to be “one of the largest poker sites that continues to serve players in most states in the US.” Or perhaps Lock has just gone long enough without making a payment to a US poker player that the DoJ no longer considers them a US-facing operator.