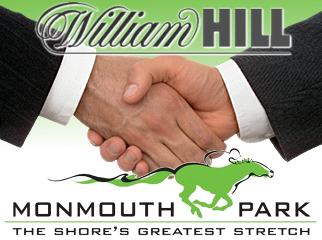 UK bookies William Hill have expanded their US presence by inking a naming rights deal with New Jersey’s Monmouth Park racetrack. On Tuesday, the Oceanport track announced the signing of a deal that will see Hills become title sponsor of the $1m Haskell Invitational race, the state’s biggest racing event, the 46th running of which will take place on July 28. The deal will also see Hills act as the track’s exclusive sports betting provider, provided New Jersey’s court challenge of federal sports betting prohibitions goes the state’s way.

Hills already has a firm foothold in Nevada – the only US state in which full-blown sports betting is legal – following its 2011 acquisition of Brandywine Bookmaking (which also sets odds for the Delaware Lottery’s parlay betting system), the Club Cal Neva Sportsbook and American Wagering Inc. (which pioneered mobile sports wagering in the US via the release of Leroy’s App).

While it’s anyone’s guess as to how or when New Jersey’s court fight will be resolved, William Hill US CEO Joe Asher channeled the spirit of Tom Joad by declaring that “one day, sports betting will be legal in New Jersey, and when it is, William Hill will be there.” The duration of the Monmouth deal is unspecified beyond “long-term,” a reflection of the uncertainty surrounding the PASPA challenge.

Monmouth Park has made no secret of its interest in offering sports bets, even volunteering to build the state’s first sportsbook to take non-cash wagers until the law changes. Monmouth Park exec Dennis Drazin said the track had “carefully evaluated which sports betting company would put us in the best position to succeed” before selecting Hills as their likely lads. New Jersey’s advance deposit wagering (ADW) system is operated by TVG, the US division of UK betting exchange Betfair.

Many veteran court observers have put long odds on New Jersey prevailing in its court case, but Hills knows a thing or two about long odds paying off. On the weekend, William Hill US marketing director Dan Shapiro revealed that a woman from Hawaii had earned $28.5k on a Kentucky Derby superfecta. Even more impressive, this was the lucky lady’s first time wagering on the ponies, and her wager involved 120 separate $1 bets, including the eventual top-four finishers.

Even longer odds were beaten by a punter in the UK who turned £15.84 into £209,731 after a series of accumulator bets paid off. The Telegraph reported that the most impressive wager required eight horses to notch the top four finishes in eight races, an improbable selection that earned £111,294 off a wager of just 2p. All told, the odds of the punter’s wagers paying off were 11m to one, leaving Hills spokesperson Kate Miller to declare it “one of the luckiest bets we’ve ever seen.”