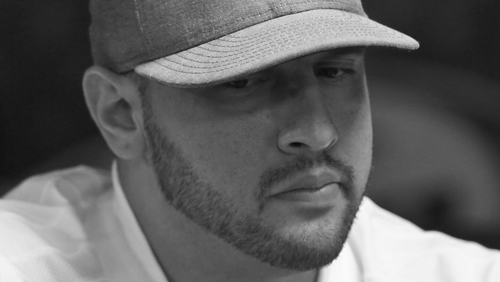 With Kirby Garlitos doing a splendid job of keeping you up to date with the shenanigans over in Manila, here is an update from the other three corners of that world I spoke of.

The EPT is the front-runner when it comes to the handle of the most prestigious of poker tournament charting European waters, but it is an event that attracts poker players from all over the world. The demographics of EPT Berlin contained players emanating from more than 50 countries from as wide and as far as China, Azerbaijan, Australia and Uruguay. As you would expect the main event was heavily weighted towards the German players with 30% of the field from the host country. Russia (7%) was the next most popular group of players followed by the USA (5%), UK (5%) and France (4%).

A chapter closed on the EPT Berlin Main Event when Michael ‘The Grinder’ Mizrachi ended Day 1B as the chip leader with 175,400 chips. The International Stadiums Poker Tour (ISPT) Ambassador is a rare sight on the EPT circuit, and has never cashed, but he has a great chance of breaking that duck as he heads into Day Two third in chips behind Day 1A chip leaders Ronny Voth (196,100) and Mike Kunze (188,000).

Yesterday we brought you news of Pieter de Korver’s impressive victory in the EPT Berlin Cup, and today we can also laud praise on Micah Raskin, who defeated 194-players to win the €3,200 EPT Berlin Cup High Roller. Raskin cut a three-way deal with Najib Kamand and Ilkin Amirov to take €105,368 to earn his seventh six-figure score of his career. A victory made all the more sweeter knowing he defeating a stacked final table including the likes of Andrey Gulyy, Jason Lavallee, Sorel Mizzi and Dmitry Gromov.

You have to take your cap off and show Blair Hinkle the balding top of your head. The young man could have fallen apart after he failed to extract a cent of the $1.2 million he won in the Full Tilt Online Poker Series (FTOPS) Main Event back in February 2011. Instead that money sits amongst the $150 million that vanished into thin air due to the incompetence of the FTP board members.

But Hinkle has just gotten his head down and worked hard and it’s paying off. The WSOP bracelet winner finished fourth for $192,734 in a WSOP $1.5k in the summer and has just won his second WSOPC gold ring after victory in the $1,675 Main Event at the WSOPC event in Council Bluffs. Hinkle defeating 366-players to take home the first prize of $121,177, that should help pay the bills until his windfall finally comes home to papa.

I think Neil Channing should change his name from ‘Badbeat’ to ‘No Thrills’ after a recent blog post aired on The Hendon Mob called ‘Living the Dream’. During the post Channing goes on to describe how his time on the felt has been much reduced this year. When you consider he is managing Black Belt Poker and also spending a lot of time at the Betting Emporium then you can see why. You can’t get a bad beat if you are not sitting at the tables.

Channing’s work at the Betting Emporium clearly shows how dedicated Channing is to the gee-gees. His analysis of both the Cheltenham and Aintree festivals this year shows how much hard work and effort he pours into the sport of kings.

“My friends know that even if the EPT is happening two miles away, there is literally zero chance that I would miss the Cheltenham Festival for poker.” Said Channing reflecting on the fact that EPT London coincided with Cheltenham.

Channing has told me before that he doesn’t see the value in following the EPT circuit because of the costs involved, and he was also angry at the handling of PokerStars mini-version the UKIPT.

“The Vic has played an important part in my life and although I’m not there so often, it still has a place in my heart. I love the building and what it represents and I have a lot of good friends there.

It wasn’t fun to see a major international corporate company come in and start taking over.”

Channing has been a regular at The Vic for 25-years but he didn’t feel like he was being treated like one as PokerStars took over his home.

“I had been asked to take my phone off the table, don’t have it on the rail, don’t use it between hands when the first card has been dealt, and don’t look at it in hands without stepping away from the table – even though I had folded – by four different dealers before anyone had even brought me a cup of tea.

You mean I am paying seventy pounds in juice plus three percent for the dealers that they just take and I’m going to be treated like sh*t?”

He continued: “Seven percent to pay for the floor staff and dealers. Would it be too much to ask that the multibillion-dollar international poker company pays the wages?”

So I guess I need to retract my statement of yesterday when I said: “For the European professional poker player there is no better life than the one that the European Poker Tour (EPT) provides you with.”

I guess I was wrong.