Home / Business / Betfair Fall Foul of the ASA Once Again 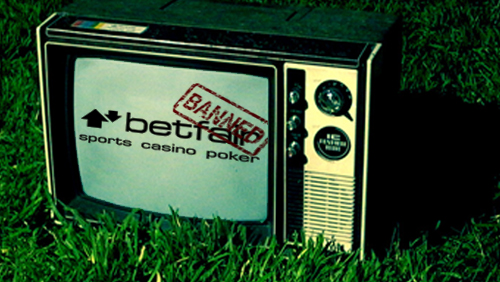 The Advertising Standards Agency (ASA) once again uphold the complaints of the gambling public and ban yet another Betfair TV and website ad.

When you consider that gambling ad complaints investigated, and upheld, by the Advertising Standards Authority (ASA) fall within the paltry scale of 15 in 2011, 20 in 2012 and less than five fingers full in 2013, then the gambling companies seem to be doing a decent job. But despite such low numbers, the parties responsible for the creation of the Betfair ads had better get their heads together, because something is just not working.

Once again the betting public have chosen to complain about the misleading content of a Betfair ad, and once again the ASA have decided that the public have a point. This time the focus of several people’s ire involves misleading claims about betting-odds comparisons that were featured in an ad created by Big Al’s Creative Emporium.

The ad starts with a quote, and voice over, stating, “Is your bookie giving you value?” The voice over then continued, “On all Channel 4 live races in September, Betfair were better priced than William Hill 30 minutes before the start of each race on 506 of the 640 runners. Better than Paddy Power on 549, and better than Betfred on 543. Now that’s value. Before you bet today, check the prices on Betfair.”

The reason the punters complained was the fact that William Hill, Paddy Power and Betfred offered a ‘Best Odds Guarantee,’ meaning that customers would receive the best odds between the time they made their bet and starting price, making the 30-minute claim irrelevant. The ASA decided to ban the TV, and website ad, as it said the Betfair quoted prices were of limited relevance given the fact that the three other bookmakers could pay out at better odds than the 30-mins quoted in the ad comparison.

Back in February the ASA smote down another Betfair ad that offered to give customers a free £20 if they deposited £10. Seasoned gambling depositors would clearly understand the associated caveat, “cash out restrictions apply, bonus must be activated within 7 days,” meant that there were strings attached, but newer customers might not. This was exactly the view taken by the ASA after complaints were received by annoyed punters who had to wager the £10, 40-times, before being able to withdraw their free £20. The ASA banned the ad.

Then there was the infamous ‘cut out the middle man’ ad that features the Lock, Stock and Two Smoking Barrels star Andy Beckwith. This time the ASA decided to ban the Betfair ad after receiving 20-complaints about having to pay the 5% commission in what they believed to be a ‘middle man’ role. The ASA thought that the punter had a point and once again banned the ad.

What a wonderful world we live in when Betfair are getting their ad’s banned left, right and center and yet Lucozade adverts declaring that their products hydrate you better than water are allowed to be broadcast without undue concern. Hydrate you it might, but where’s the mention of the copious amounts of sugar that is going to infest our livers?