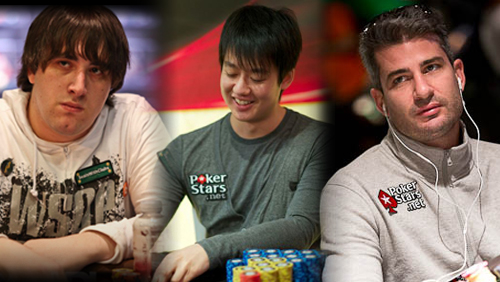 The European Poker Tour (EPT) London Poker Festival has ended, but the wheels on the bus go round and round. 16 of the world’s best have headed to Aspers in Stratford where they are competing in the PartyPoker Premier League VI, and the rest have either flown back to their nests to compete online in FTOPS XXII or to the other parts of the globe to compete in the very best action the brick and mortar has to offer.

The Latin American Poker Tour (LAPT) is one of the up and comers. It has an interesting mix of value added players and the chance to visit parts of the world often missed by the core of the poker circus.

The Chile National Poker Championships Main Event was held in Vina del Mar, Chile, and it was a $1,000 buy-in event, with unlimited re-entries during the first four levels of the two starting flights. With 765-entrants, and 259-re-entries, money came flying into the vaults of the event with $184,220 reserved for Pablo Alexander Tavitian who won the event. Team PokerStars Pro, Jose ‘Nacho’ Barbero, picked up the third prize of $78,460.

The online grinders have shut themselves in their bedroom and told their mums and dads to leave them alone. Its FTOPS time and the Brits have gotten out of the traps faster than anyone else.

The FTOPS XXII series started out with a $240+16 No-Limit Irish event. 1,522 players took to the virtual felt and it was one of Chris Moorman’s soldiers that took home the title. Tom ‘hitthehole’ Middleton winning $61,000 after a stacked final table including Griffin Benger and Jordan Young.

Not to be outdone by his little padawan, the master then went on to win Event #3. Chris Moorman defeating 399-players to win the $200+$16 Pot-Limit Omaha Hi Rush event. An event that Moorman credited to watching hours of Phil Galfond videos before hitting the sack night after night.

If Tom Middleton is not a familiar name to you, then let’s introduce him.