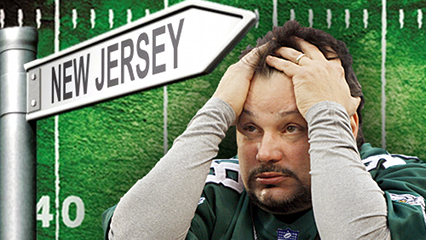 The fight to bring legal sports betting to New Jersey hit a snag on Thursday as the judge hearing the case upheld the constitutionality of the federal prohibition on sports betting (PASPA). On Valentine’s Day, Judge Michael Shipp said he would need two weeks to process the oral arguments made by (a) enthusiastic supporters of New Jersey’s sports betting push and (b) the very much opposed major professional sports leagues, the NCAA and the US Department of Justice. Very late on Thursday, word came down that Shipp had granted the leagues’ request for a permanent injunction barring the state from offering wagers on professional or amateur athletic events.

NorthJersey.com’s John Brennan obtained a copy of the judge’s 45-page opinion, in which Shipp declared that he’d started his deliberations on the basis that PASPA was constitutional and New Jersey’s arguments had failed to “clearly demonstrate” otherwise. Shipp said Congress had a “rational basis” for enacting PASPA due to its desire to stop the further spread of legal sports betting. Shipp believes Congress was also within its rights to apply the prohibition unevenly, allowing Nevada to offer single-game wagers and permitting three other states to offer bland variations on parlay wagering, while keeping the other 46 states on the outside looking in.

Shipp sided with the DoJ’s argument that PASPA hadn’t compelled New Jersey to take any action or spend dollar one to remain compliant, and thus no violation of the constitution’s commandeering clause had occurred. Shipp similarly disregarded New Jersey’s argument that the feds had usurped state sovereignty by preventing the state from passing legislation state voters said they wanted. Finally, Shipp dismissed the idea that the state was entitled to protection under the Due Process Clause because such rights were restricted to individuals, not states.

Shipp acknowledged that some of the legal questions raised by this case were “novel” but ultimately decided that the dreaded “judicial activism” was “generally unwarranted no matter how unwise a court considers a policy decision of the legislative branch.” As a result, Shipp suggested the only remedy for New Jersey was to convince Congress to revise or abolish PASPA. There are currently two federal bills seeking to alter the sports betting landscape, both of which were filed by New Jersey pols, neither of which is likely to make any headway anytime soon.

There may be another remedy. No matter what Shipp ruled, it was considered more or less inevitable that the losing party would appeal the decision via the US Third Circuit’s Court of Appeals in Philadelphia. While Shipp’s ruling means there will be no legal sports betting in New Jersey for some time – possibly years, depending on how packed the court dockets and whether the fight continues up the judicial food chain to the US Supreme Court – this is far from a done deal. We like to imagine New Jersey’s final court argument goes something like this…