The IGG and William Hill Make a £300,000 Payment to the Responsible Gambling Trust 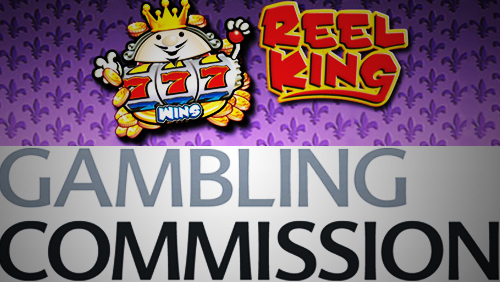 The Inspired Gaming Group (IGG), and William Hill, have agreed to make a joint voluntary payment of £300,000 to the Responsible Gambling Trust, after a technical fault on a video slot machine may have disadvantaged players during the summer of 2012.

The payment has been made in relation to a revised version of the Astra Games Category B3 game Reel King that was uploaded to the William Hill retail estate in May 2012. It is believed that a technical fault in the game created a discrepancy in the return to player (RTP) percentages, meaning that the actual average RTP percentages did not match those displayed in the help pages. Although the discrepancy was reported to the Gambling Commission as soon as it was discovered, the fault was not rectified until the end of July 2012. The ex-gratia payment has been made in agreement with The Gambling Commission.

“The Gambling Commission (“the Commission”) acknowledges that both Inspired Gaming Group (“IGG”) and the William Hill Organization Ltd (“William Hill”) reported the fault, as required, at the earliest opportunity and kept the Commission closely informed with the progress of investigations.  The Commission welcomes the way IGG and William Hill reacted once they became aware of the issue and commend the remedial efforts they have taken to ensure that the licensing objectives are given proper priority. The Commission welcomes the ex gratia payment that has been made in recognition that they would not wish to benefit commercially from this event and their agreement that the lessons learnt from this episode should be shared with other operators.” Said Matthew Hill from the Gambling Commission.

In a joint press release issued on behalf of both IGG and Williams Hill it was reported that customers were unlikely to have been significantly disadvantaged due to the technical fault found in the machine, but customers were given the incorrect information due to the fault. An apology was also made to the customers of William Hill who has used Reel King during that time period.