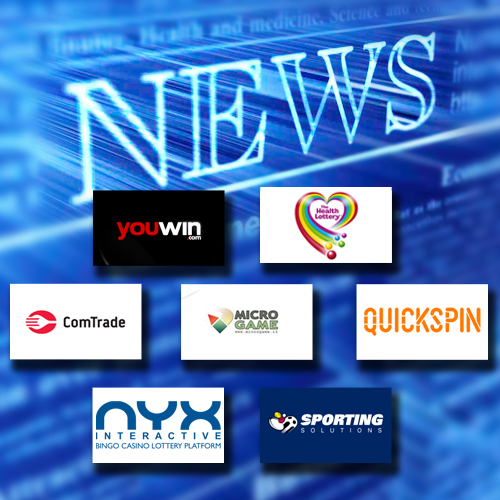 Richard Desmond’s Health Lottery has seen another advert banned by the Advertising Standards Authority (ASA) after viewers had complained of its irresponsibility. Complainants noticed two issues with 14 stating it was irresponsible as it “suggested peer pressure to participate in the lottery or disparaged abstention”. Another eight people complained that it “exploited vulnerable people”. The ASA agreed and upheld the complaints under BCAP Code rules 1.2 (social responsibility), and 18.2.5 and 18.4 (Lotteries). The ad mustn’t appear again in this form and it follows a newspaper advert for The Health Lottery that was banned last month.

Software provider NYX Interactive has launched four games based on DC comics as part of an agreement with Amaya Gaming Group. The four games based on the likes of Superman and The Green Lantern will be available via NYX’s Open Gaming System and it means that all licensees can benefit from the new titles becoming available. David Flynn, CEO of NYX, also revealed that he is looking forward to “delivering further titles via OGS in the future”.

Slovenia-based software solutions provider ComTrade will launch a dedicated gambling company at ICE Totally Gaming 2013. The group are rebranding their Gaming Competence Center as an independent entity and ComTrade Gaming’s branding, image and strategy will be revealed at the conference. The move is being done to help the brand “extend its reach into new markets” and the new company will be split into three areas – Systems, Games (including RGS) and their iGaming Platform.

Video slot producer Quickspin has signed up its latest customer with Mr Green now able to offer the firm’s suite of games. The agreement will allow Mr Green to offer Quickspin’s complete catalogue of games with the first one, Supernova, set to go live in February 2013. The deal follows a similar one signed with UK social gaming firm Plumbee earlier this month and builds on an impressive 2012 for the video slots firm. Daniel Lindberg, CEO at Quickspin added: “Mr. Green has been one of the fastest growing operators in recent years and we are very proud to add them to our list of customers. I believe our continued focus on developing innovative and high quality video slots will help Mr Green in their continued growth by attracting and retaining players.”

Italian operator Microgame has kicked off the New Year by making significant changes to its management team. Massimiliano Casella has taken up the role of chief executive with Marco Castaldo making the chief operating officer position his own. It follows Fabrizio D’Aloia leaving his role as CEO to move onto Italian payments company Mobilmat.