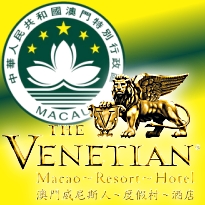 Nevada gaming regulators have followed up on their unprecedented visit to Macau by encouraging a reciprocal visit to Nevada by the director of Macau’s Gaming Inspection and Coordination Bureau (DICJ), Manuel Joaquim das Neves. Macau Business Daily quoted Neves describing the recent visit by all three Nevada Gaming Control Board members as “a very positive move from them” and that future meetings “will be beneficial to both regulators.” While US casino companies Las Vegas Sands and Wynn Resorts are under investigation at home for possible violations of the Foreign Corrupt Practices Act via their business dealings in Macau, Neves said his conversation with the GCB members wasn’t limited to any one subject. “We gave them an introduction on how we regulate the gaming industry here.”

LEVEN PREDICTS MACAU REVENUE TO TOP $100b
Macau’s Financial Services Bureau says it will have collected MOP 106.8b (US $13.4b) in direct taxes from gaming in 2012, and if Sands China president/COO Michael Leven is correct, that haul is going to go up. Way up. On Tuesday, Leven predicted Macau’s annual gaming revenue could eventually top MOP 800b (US $100b). That would be three times the sum Macau generated in 2012, but Leven told CNBC there was “no risk” that Macau’s considerable growth would stop anytime soon. Sadly, Leven declined to specify the date by which this magical number might be achieved.

VENETIAN MACAO SUES DEADBEATS
Given Leven’s $100b revenue projection and Sands’ 19% share of the current market, $4.4m might seem like a drop in the bucket. Not to Sands’ lawyers, who have filed suit in Hong Kong’s High Court against two mainland Chinese businessmen to whom Sands extended significant gambling credits which said businessmen have yet to repay. The Venetian Macao says it lent HK $30m to Shanghai Gaoyuan Real Estate Group owner Zou Yunyu and HK $12m to former Goldbond Group director Xie Xiaoqing. Zou borrowed the money in September 2011 and made a total of HK $6m in payments, but the check he gave the Venetian to cover the balance bounced. Xie, identified by the South China Morning Post as a Hubei Provincial People’s Congress deputy, established his credit line in April 2012 but made only HK $680k in payments by September. The Venetian’s lawyers are also seeking interest on the debts.

MELCO CROWN LINES UP STUDIO CITY FINANCING
Melco Crown Entertainment has announced it will sign a US $1.4b syndicated loan on Friday to finance its Studio City project on Macau’s Cotai strip. Bank of China Macau is contributing $300m, while Industrial & Commercial Bank of China Macau is anteing up $250m. Credit Agricole CIB and UBS are putting up $65m and $60m respectively, while ANZ, Bank of America Merrill Lynch, Citigroup and Deutsche Bank are in for $75m apiece. A further 16 financial institutions are contributing a total $425m. The total cost of developing the Studio City project has been pegged at over $2.5b.

GALAXY’S COTAI PROJECT GROWS
Galaxy Entertainment Group has announced that its Cotai project will be 10% bigger than originally anticipated. HBSC Ltd. broke the news after Galaxy conducted a major review of the project in December. HSBC’s Sean Monaghan said Galaxy “appear to have secured a higher plot ratio for their entire land bank which gives them about an extra 2m square feet of resort space.” Galaxy’s Cotai project is believed to carry an $8.7b price tag by the time it’s completed in 2017.