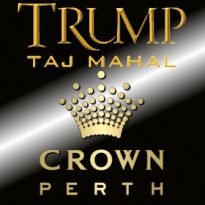 A gambler is suing the Trump Taj Mahal casino in Atlantic City for confiscating $280k in baccarat winnings, despite the police having cleared the gambler of any wrongdoing. In December 2011, Kook Chee Hoe won $290k over two hours at the Taj Mahal’s mini baccarat tables. Perhaps sensing that his luck had turned, Hoe stopped gambling after losing $10k of his stack and walked out of the Taj holding $40k in chips and a $240k check. According to the Atlantic County Court filing viewed by Courthouse News, Hoe returned to the Taj the next day only to be escorted into a room upstairs where casino shift manager Nick Ferraro accused Hoe of cheating.

Hoe denied cheating, noting that casino security had been all over him during his winning streak and hadn’t accused him of anything at the time. In an echo of the $1.5m mini-baccarat debacle at the Golden Nugget, Ferraro claimed the Taj dealer had failed to shuffle the cards in the shoe, and that Hoe had taken advantage of this knowledge. Hoe’s filing claims the casino asked the New Jersey State Police to investigate, but the police had concluded that no criminal activity had taken place.

Regardless, Hoe claims Ferraro confiscated his $40k in chips and cancelled the $240k check, after which Ho says he was shown a pair of handcuffs and threatened with arrest if he didn’t repay the $10k he’d lost at the table after being up $290k. To top off the indignities, Hoe was then frog-marched out of the casino and unceremoniously deposited at a bus station. Hoe is suing Trump Entertainment Resorts, Trump Taj Mahal Associates and Trump Taj Mahal Casino Resorts for breach of contract, unfair business practices, fraud, false imprisonment, negligent and intentional infliction of emotional distress, conversion and discrimination. . Hoe is seeking compensatory, punitive, treble damages and (presumably) a guarantee that the furry rodent forever perched atop Donald Trump’s head won’t be unleashed on Hoe by the vengeful impresario/TV host/buffoon.

CROWN CASINO CALLS CEREBAL PALSY SUFFERER A DRUNK
In Australia, you don’t even have to take any of the casino’s money to elicit rude treatment from the staff. The recently renovated Crown Perth casino is making headlines for all the wrong reasons after security staff ejected a man two days in a row for being drunk on the premises. Trouble is, recycling plant worker Gary Erck suffers from cerebral palsy, so he’s more or less constantly slurring his words and making shaky movements. Oops…

Erck copped to having a drink in his hand the first time he was tossed from the casino, but told Perth Now that he was “in no way drunk.” Erck also says he tried to inform the staff of his condition but that they didn’t listen. More to the point, he was “dead sober” when he was tossed the next day. Crown says it doesn’t comment on specific cases, but said if there had been a “breakdown in the system, then we apologize unreservedly.” Hopefully, Erck doesn’t have a dad like Breaking Bad’s Walter White, whose on-screen son Walt Jr. has cerebral palsy. Wouldn’t want Walt to pay a visit to the Crown Perth to give staff a crash course on the perils of confusing cerebral palsy with intoxication… you know, like confusing crystal meth with fulminated mercury.