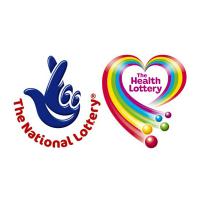 Health Lottery owner Richard Desmond has attacked Camelot for doubling the price of the National Lottery to £2. The media mogul used a full-page ad in his Daily Express newspaper to say the move “incredibly unfair and is at the expense of lottery players” and done “so that Camelot can line the pockets of its management and overseas shareholders”. Camelot announced the news this week they were hitching up the price for the first time since 1994. There was also a raft of changes to the prize money being handed out with the prize for matching three numbers rising from £10 to £25, and four numbers now netting a cool £100 instead of £60. Anger from players came from the fact the prize for matching five numbers dropped by a third to £1,000.

Desmond’s words came after the change to a £2 caused a public outcry from customers. Politicians have even got involved, with UKIP deputy leader Paul Nuttall: “This is going to ruin people’s bit of weekend fun. It is nothing more than a tax on the poor to subsidize the rich.”

A spokesman for Acevo, the association of chief executives of voluntary organisations, said: “We understand that this move is projected to increase the amount of lottery income going to charities and community groups, which in these difficult times will be very welcome.”

Better news came overseas as Pennsylvania Governor Tom Corbett voiced his support for their subsidiary Camelot Global Services taking over as the private manager of the state’s lottery. Corbett commented the deal was in the best interests of senior citizens in the state and will maximize profits so the future of the state’s seniors is secure. The deal signed by Camelot runs for 20-years and may be extended for a further 10 years if certain targets are reached. He commented: “Our state’s fast-growing population of seniors demands that we act now to ensure the continued strength and viability of programs supporting older Pennsylvanians.”