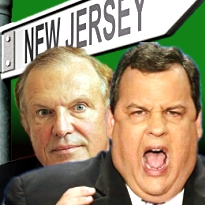 On Friday, Utah businessman/fraudster/peripheral Black Friday figure Jeremy Johnson claimed to have paid Utah Attorney General John Swallow $250k in 2010, allegedly to enlist the help of US Senate Majority Leader Harry Reid (D-NV) in quashing a Federal Trade Commission investigation into Johnson’s shady business dealings. We’ll spare you further details, because the FTC investigation wasn’t quashed, there’s no evidence that Reid was even aware this discussion was taking place, and the only person in the story that would have had knowledge of Reid’s direct involvement died in December, so… As far as we’re concerned, what happens in Utah, stays in Utah.

On Friday, Reid appeared on his local PBS station’s Nevada Week In Review program to hold forth on a number of local issues. Las Vegas journo Jon Ralston reported that when the subject inevitably came around to the failure of Reid’s Nevada-friendly federal online poker bill to make any progress in the lame duck session of Congress, Reid echoed the ‘never say die’ sentiments offered up by Nevada’s junior senator, Dean Heller, while acknowledging passage will be a tougher slog in 2013 now that bill backer Jon Kyl has retired. “We’re going to try to thread the needle. It’s going to be harder to do than it was before.”

The Poker Players Alliance may have shifted 70% of its emphasis to the passage of state-level legislation following Reid’s lame duck failure, but PPA VP of Player Relations Rich Muny told PokerNewsBoy he believes “there will be a federal bill to license online poker in 2013 and PPA will be there representing players and advocating for the best possible legislation.” That said, such a bill “will be a significant underdog” in the 113th Congress. Muny also echoed the sentiments expressed by PPA boss John Pappas that of all the states pondering online poker legislation, “New Jersey is the big one to watch right now.”

New Jersey Gov. Chris Christie has less than a month in which to sign the online gambling legislation state politicians approved in December, but he has yet to offer any public hint as to which way his mind is leaning. Christie gave his annual State of the State address last week, and online gambling didn’t earn a mention. State Sen. Ray Lesniak, the driving force behind many Garden State gambling initiatives, told the Asbury Park Press he was “mystified why [Christie] doesn’t understand the magnitude of the revenue shortfall in Atlantic City and how without Internet gaming at least one casino will go bankrupt and thousands of jobs will be lost.” In an ominous note, Christie was asked by CBS This Morning why he’d left gun control out of his address, and he said it simply wasn’t a priority. “In a half-hour address, you pick and choose what you’re going to talk about.” By extension, does online gambling’s omission means it’s not a priority for Christie? Complicating matters, Christie will face re-election in November, making a decision either way something Christie will have to defend on the campaign trail.