Home / Business / Dean Heller hasn’t given up on federal online poker, but Nevada regulators have 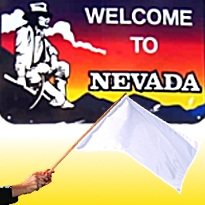 Shortly before the clock ran out on 2012, Sen. Dean Heller (R-NV) reflected on the latest failure for US politicians to pass federal online poker legislation and the prospects for passage in 2013. Heller told the Las Vegas Sun that the retirement of Sen. Jon Kyl (R-AZ) – who co-authored the most recent poker bill put forward by Senate Majority Leader Harry Reid (D-NV) – represented “a substantial variable in the process moving forward,” although Heller claimed not to know “how that changes the dynamics” of the situation. Since this site has been predicting federal online poker impotence for years now, perhaps we can help clarify the situation for Heller.

Given that Kyl was the second most powerful GOP senator with nearly two decades of connections and Heller only won his first proper Senate race this November, we’re sure Heller knows all too well the negative effect Kyl’s absence will have on online poker’s federal chances. The fact that Kyl was from Arizona also helped Reid and Heller rebut accusations that the Reid-Kyl bill was pure political pork designed principally to benefit Nevada. Nonetheless, Heller claims to be making headway lobbying his GOP Senate colleagues, including freshmen Jerry Moran (Kansas) and Rob Portman (Ohio) plus veterans like Pat Roberts (Kansas) and Lamar Alexander (Tennessee). That said, Heller remains dubious as to whether his former colleagues in the House of Representatives can ever be convinced as to the merits of online poker.

NEVADA REJIGS ONLINE POKER REGS TO ACCOMMODATE INTERSTATE COMPACTS
While Heller and Reid were promising to go down fighting for online poker until the last minutes of the lame duck session of Congress, it appears Nevada gaming regulators had given up on the federal option as early as mid-December. On Dec. 19 – just hours after the New Jersey Assembly passed its own intrastate online gambling legislation – the Nevada Gaming Commission filed to amend the state’s gaming regulations to make sure they could stitch their square onto the dreaded “patchwork quilt” of interstate gaming that the state’s casino companies, politicians and the American Gaming Association had unfailingly depicted as online gambling Armageddon lo these past two years or so.

As currently written, Nevada’s interactive gaming legislation states that the licenses issued by the Gaming Commission don’t allow operators to accept wagers from out of state residents unless (a) a federal law allowing such cross-border action is enacted or (b) the Department of Justice declares such activity wouldn’t result in a fleet of black helicopters suddenly appearing over Yucca Mountain. Under proposed revisions filed with state legislators, these limiting provisions would be struck and new language would be added authorizing the Governor to:

1. Enter into agreements with other states, or authorized agencies thereof, to enable patrons in the signatory states to participate in interactive gaming offered by licensees in those signatory states; and

2. Take all necessary action to ensure that any agreement entered into pursuant to this section becomes effective.

New Jersey Gov. Chris Christie has until Feb. 3 to decide whether or not to sign the Garden State’s online gambling legislation into law, after which negotiations on interstate compacts can begin with other states like Nevada. Given that NJ has three times Nevada’s population, it will be interesting to see how long it takes NJ regulators to remove the lipstick prints from the seats of their pants following the conclusion of negotiations.

In the meantime, a few more companies whose Nevada interactive gaming license applications have yet to be approved will have their moment in the (now somewhat dimmed) spotlight at the next Gaming Control Board meeting on Jan. 9 and 10. Vying for interactive licenses are five offshoots of Lottomatica, including Boss Media AB aka the International Poker Network (IPN) as well as Spielo International’s Austria/Canada/Gibraltar/USA derivations.