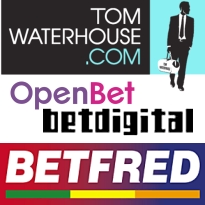 Australian bookmaker Tom Waterhouse has splashed out a reported $50m to snatch the National Rugby League (NRL) gambling partnership away from TAB Sportsbet. The sum reportedly dwarfed what Tabcorp had been paying the NRL, leaving them no option but to back away from the table, but they remain an ‘approved wagering operator’ of the NRL. Although yet to be confirmed, the Waterhouse/NRL deal is reportedly good for five years, and includes rights to signage, corporate hospitality and use of NRL images for marketing purposes. The Sydney Morning Herald stated that Waterhouse had spent a further $15m to outbid Centrebet for exclusive ad rights to Channel 9’s Footy Show, which was twice what Centrebet offered. Waterhouse is reportedly hoping to extend this 12-month TV deal to include cricket and racing, but Bet365 is expected to make a strong push for the cricket rights.

The deals burnish the privately-held – and determined to remain so – Melbourne-based firm’s approved wagering operator deals with the Australian Football League (AFL), the Australian Rugby Union and Cricket Australia. Fairfax Media suggested Waterhouse might make a similar play for the AFL partnership once Tabcorp’s existing deal expires in two more years. Should that bid succeed, Waterhouse would achieve national blanket coverage of the nation’s two most popular sports. Tom and his wife Hoda recently announced they were expecting their first child in February, so we presume his or her nappies will be NRL-branded.

UK bookie Betfred has ponied up £14.7m to ensure its Totepool operation will continue to enjoy pool-betting rights and on-course betting shops at 32 UK racetracks through July 2018. Racing Post reported the deal was negotiated with racing umbrella outfit Racecourse Media Group and also includes rights to Ascot, which is set to join RMG in June 2014, as well as continued race sponsorship at all 32 courses. Chester and Bangor weren’t part of the deal, having opened in-house betting wickets in 2012. Betfred acquired the UK Tote in 2011 for £265m.

Online gambling software supplier OpenBet Technologies Ltd. has inked a deal with game designers/integrators Betdigital that will add a portfolio of high-street-licensed betting shop game and bingo titles to OpenBet’s online and mobile offering. The deal’s first Betdigital-supplied game will be the Ladbrokes-sponsored Super Pots Bar X, with Caesars Palace – one of Betdigital’s “strongest ever B3 games” – following shortly thereafter. Betdigital described its mission statement as “to launch games into the retail area and simultaneously to online and mobile [to] give the customer a seamless gaming experience wherever they play our games.” Betdigital further humble-bragged that, thanks to “our expertise,” its System X solution could port games over from one platform to another “in as little as eight weeks … rather than the 12 months it usually takes.”