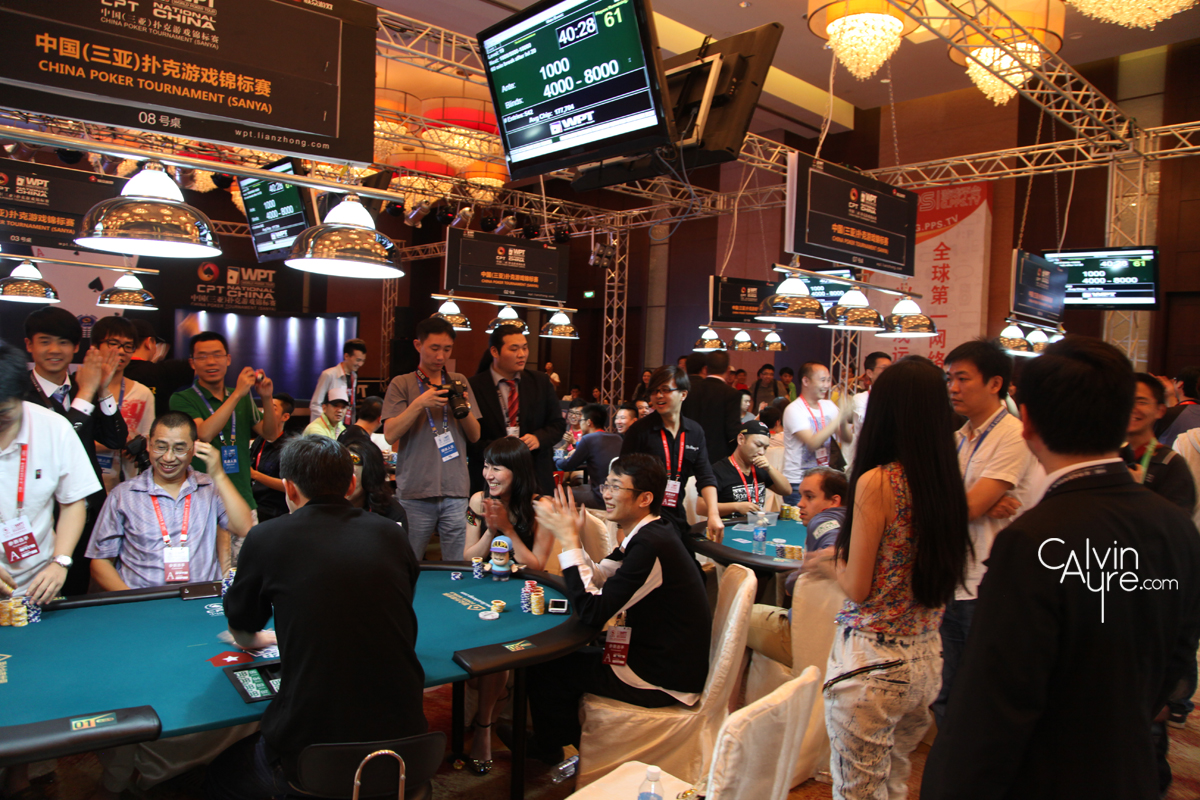 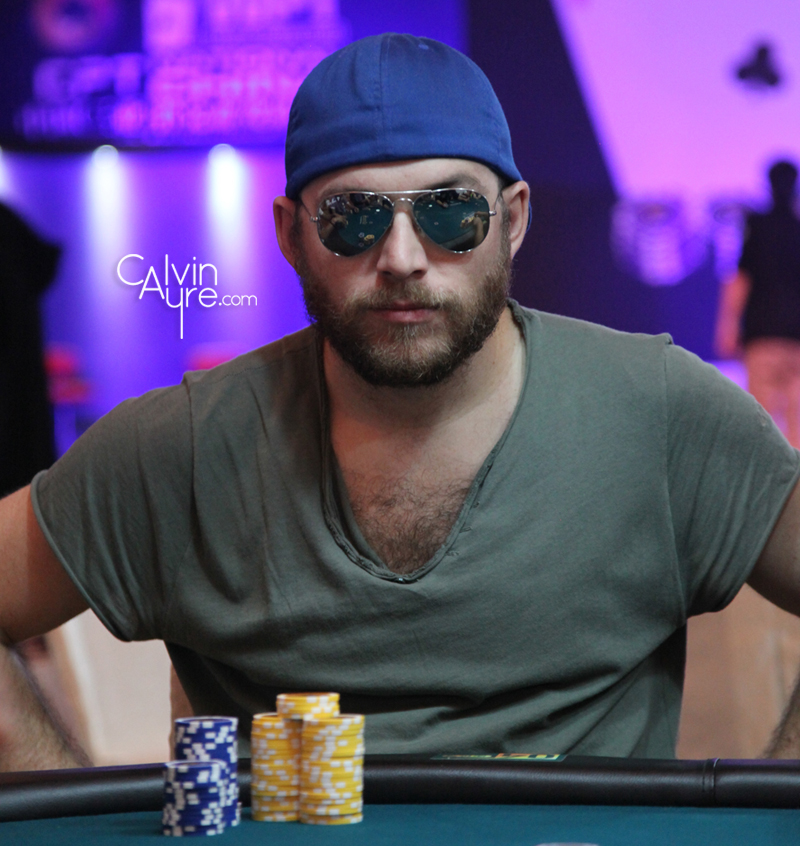 As the sun set over the hills in Sanya, dozens of people gathered on the rail of the MGM Grand conference room for the World Poker Tour (WPT) National China. It was an intense moment – the Main Event bubble. It took almost two levels to finally get in the money, but once the 60 players secured the minimum required, everyone started cheering and clapping. Checkout Tatjana’s WPT China Day 1B summary here.

Chinese players are very animated with their game and they jumped, screamed and laughed every time someone won or lost a pot. It was a very intense game and everyone was paying close attention to the hands dealt. The day ended with 41 players surviving – amongst them McLean Karr, Sam Razavi and a fair amount of local pros.

I spoke to Matt Savage about the challenges and surprises of the event:

Tatjana Pasalic: Is this your first Mainland China tournament?

Matt Savage: Yes, it is and I am very excited to be here!

Tatjana Pasalic: How has it been so far?

Matt Savage: It’s been great, way better than I expected. When I came in the first day, I was afraid that we would have problems getting on the same page as the dealers but at the same time, they were surprisingly good. That is always the key thing for me – how the registration goes; and everything went really well here and I am really happy.

Tatjana Pasalic: What were the biggest challenges in Sanya?

Matt Savage: The biggest challenge for me is, obviously, the language. I mean, it is their country and their language; I appreciate the fact that they gave me a translator and I have not had any issues at all.

Tatjana Pasalic: What was the biggest surprise here?

Matt Savage: The amount of players. They are crazy about the game and it is exciting to see a country with so many people is so poker friendly because I do feel like, if this goes right, it could be bigger than in the USA in a couple of years.

Tatjana Pasalic: And you are here, making history!

Matt Savage: Yes, I am here, making history and hopefully, we make that happen.

As I waited for the end of the night, Phil Hellmuth came by. “What time is it?” Hellmuth asked.

The media was already gathering around to start following that action but Johhny called a few minutes later apologizing because he could not make it. While waiting, I grabbed Phil for a short interview and, must admit, was very surprised with the things he shared. The interview was very emotional and personal.

Tatjana Pasalic: Hi Phil and welcome! How was your experience in China? 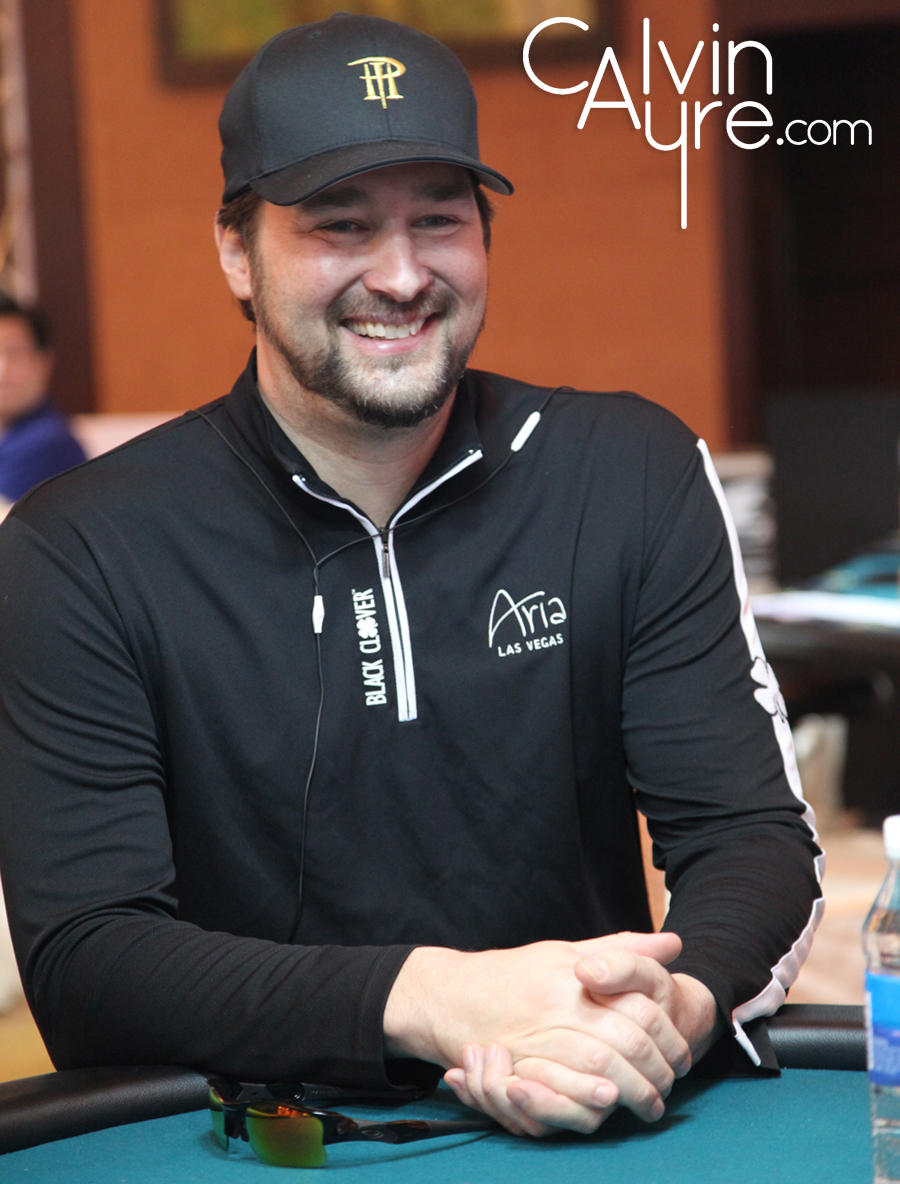 PH: I love it here! I mean, from a poker point of view, I sat down at the small blind five hours late, busted on the big blind. I lasted one round! I did take an incredible beat. It was a dream come true scenario – blinds were 150/300, I open for 1k. I had already come over the top once. This is my 5th hand. The guy behind calls, button makes it 2900. I call with JJ. The other guy starts studying and studying…and I think: ‘God, I hope he moves in!’. He looked like he wanted to call and he did. Then came 2, 3 7, with the 7 and 3 of clubs, excuse me the 7, 2 of clubs, 3 of spades. I checked, the other guy checks. The button bet 5300 and I am studying and thinking. My mind says I have to fold this as I do not want to jam 60 BB but I just won the WSOPE and my instincts, I have all my bracelets on my instincts, so I have to go with them. I feel like he does not have AA or KK. I am really good at reading those hands.

I start talking to him and I see he is nervous. He doesn’t even have queens. I ship it! 10300 more and the other guy folds right away and it gets back to him and he starts studying. The minute 10 seconds pass, I am like alright, he does not have queens but once 20 seconds passed I knew he did not have queens and I am thinking ‘This is beautiful! I have the best hand and I am proud of the way I played it.’

I started joking, I walked over to Matt Savage and Adam Pliska from the WPT and the director of the casino, Andrew Steel. They are all standing there and I say, ‘God, I can’t believe I moved all in for 60BB with JJ already. So unlike me! But now I am about 95% sure I have the best hand.’

I go back to the table and it has been announced that I am all in, a big crowd gathers around and I say to the guy, ‘Hey, you can be famous if you call and bust me.’ He flips over the J2 of diamonds. I was in shock! It can’t get better than this. He can’t even make a backdoor flush. He’s drawn to a duck! I mean, it is so beautiful; I am a 1:11 favorite.

I come back down and I am talking to Matt and those guys saying how I cannot believe it and how he just gave me a double up. I started thinking it is going to be a good day because I was reading everybody at my table and now I feel like I am going to move up to a 100,000 risk free.

I am listening and there is a 10 on the turn and everybody starts screaming. It was announced that there was an all in and a call so everyone rushes up to the stage up top and they are all watching and I am like, ‘Now I know a deuce has come but I have to see it for myself.’ I walk up there and sure enough; the deuce of spades is there on the river. ‘What the…?’

I had 800 chips left so the tournament director, Tom, comes over and says: ‘Now we will see what Phil is really made of!’

Whatever, I have two BB left, I got it all in on the BB with KQ and the 2,3 made a straight. Nevertheless, it is so beautiful here in Sanya but I lasted one round. So from a poker point of view, it is a good story!

Tatjana Pasalic: You have been in China for quite some time, social media free. How is that working out for you?

PH:  Well, I have been tweeting a lot, actually. I can’t tweet myself and I can’t Facebook myself but I have been sending tweets to my assistant and she sends them out. So, the world knows about my J2 hand, although I did not have room in my Tweet to tell people that it was my 5th hand. I mean it was my 5th hand!

I really do like social media and my tweets and Facebook are posted as I have been sending a lot of pictures to my website, philhellmuth.com. They are on my FB fan page so my trip has been documented a little bit. We had a great time here. We spent 3-4 days in Beijing and the same in Shanghai…

Tatjana Pasalic: Who did you come to China with?

PH: Well, when I got an offer to come over here, I said, ‘OK, I will do this if you write my parents in the contract to bring them over.’ They agreed and I called my Mum and Dad. I spoke to my Dad and said: ‘How would you like to go to China?’

He said, ‘I never thought I would see China!’. He was so excited.

The other day he made my day when he said, ‘I have been here for nine days, I have stayed in luxury hotels, I have never done that before, I have a private tour guide every day, it is the most amazing, luxurious trip of my life.’

I just smiled. I was like: ‘Snap! That’s like winning a tournament right there hearing you say that.’ Knowing that you made your parents happy is amazing. They have been with me the whole time and it has been lovely.

Tatjana Pasalic: How has life been since winning the WSOPE ME?

PH: After the WSOPE I got a little bit sick. Not physically, mentally exhausted. Tried to do something crazy. Was up till 4 a.m, started drinking on the early flight around noon, MC’d Eva Longoria’s tournament, that’s like 7-8 hours on the mic. That was Saturday. Sunday flew into LA, gave John Legend a private lesson, he’s a really cool rock star; and then MC’d Bill Clinton’s event. At that point, I was exhausted.

Tatjana Pasalic: Oh wow, at what point did you pass out?

PH: It was horrible and my wife was tired so we argued a bit because she has been working 80 hours a week. She is expecting the time with me for me to take care of her and I am exhausted, I am expecting her to take care of me.

Then I had to fly to Chicago by Tuesday, I played poker with a bunch of billionaires from there – lost a bit! A really fun group and then I MC’d their event, another eight hours on the mic. That’s when I hit the wall and it was just…I can’t do this to myself.

I ended up having a panic attack a month later. Panic attacks are not fun.

I told myself, ‘Phil, life is so blessed, you were so well rested in Cannes.’ When I rest, I win so I decided it was time for me to focus on taking care of myself. Before China I didn’t do anything in 24 days, I slept in every day, I would get up, walk, get some food, every night I was watching 2 hours of TV. My wife was working but we still had 3-4 hours a day to ourselves to hang out; that was very healthy for me.

Now I am back on the carousel again, you know – Beijing, Shanghai, Sanya, Wisconsin for Christmas, Vegas for NY, Bahamas…NYC for an event in January but I will have at least three or four days in each place to relax and acclimate and I feel great. Then we have the NBC HU championship, I got invited to South Africa for the WSOP in February and I am tempted but how much travel will that be? It is tempting!

As we all see, poker is not just a game of luck and skill it is a game that requires preparation and mental rest, which hopefully all the 41 players got last night as they prepared for the big day today. With only four tables left, we will soon find out who will be the first WPT China winner and who will take home the first prize accompanied with international fame and glory.