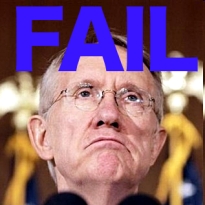 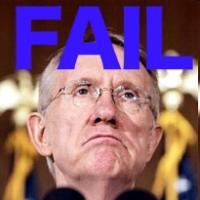 “As much as I would prefer a different outcome the reality is that we have simply run out of time in the legislative calendar to pass an Internet poker bill,” Reid said, as quoted by Steve Tetrault of the Las Vegas Review Journal. “I am disappointed, but Senator Heller and I remain committed to this issue and it will be a priority for us in the new Congress.”

The poker bill, officially billed as the “Internet Gambling Prohibition, Poker Consumer Protection, and Strengthening UIGEA Act of 2012” was supposed to authorize online poker and horseracing while strictly prohibiting other forms of online betting, including sports betting.

It was an uphill climb from the beginning as Reid struggled to find a cohesive understanding with Nevada’s other senator, Republican Dean Heller, on how to entice Republican senators to vote in favor of the online poker bill. Reid was even critical of Heller for failing to conjure up the required 10-20 GOP votes to ensure the passing of the bill. Not one to be bullied around, Heller shot back at Reid, saying that his fellow Nevada senator’s answer to everything was “blame Republicans”.

And all of this happened before Heller announced last week that there was now sufficient GOP support to pass the online poker bill, a statement that drew what we could only imagine was a raised eyebrow from Reid, who claimed that the support came little too late, especially given the jam-packed agenda of the lame duck session.

With its biggest proponents seemingly at odds with each other, it became evident that the small likelihood that the bill would get through the lame duck session of the US Congress following November’s presidential election was becoming less and less likely.

Reid and Heller’s disagreements on the matter were only the tip of the iceberg as far as problems tied to the passing of the bill. Given the time allotted for everything to come together, there really wasn’t much of a game plan on how to defend the bill in the face of those opposing it, something that was noted by Reid’s chief David Krone, when he told Tetrault in an interview, “It’s a tough bill to educate people on, and people just weren’t ready.” Krone also noted that the gaming industry was ill equipped to help defend the bill when it was called upon. And the bickering and public war of words between the two biggest proponents of the bill? Yeah, that didn’t help, too. Hard to come out in defense of a battle plan when the two generals have different ideas on how to run to the battlefield, right?

“I do think there’s a lot of people that didn’t grasp fully at the time the urgency of getting this done sooner rather than later,” Krone added. “They were never fully prepared for the state lotteries and the states and the tribes that were going to come up and take this on.”

The news comes as a bitter blow to Nevada gaming leaders and poker players who had hopes of getting the bill passed. On the flip side, there are a lot of parties that are probably toasting on the bill getting scrapped, at least for the time being.

The National Governors Association (NGA), for one, has been pretty vocal about its opposition of the bill, having gone on record as saying that the bill “in its current form is an unnecessary preemption of state authority.” The NGA pointed to the reinterpretation of the 1961 Wire Act as a means for them to move forward with their own online gambling legislation, something that would have become illegal under the Reid/Kyl bill.

As far as the state lotteries and states rights groups, were concerned, the passing of the Reid/Kyl would effectively cut off this new-found green light to establish their own online gambling regulations, which, in turn, could keep them out off much needed revenues to jumpstart their respective economies.

Gambling has always been a states rights issue, and with a federal bill now appearing further than ever out of reach, or at the moment in the proverbial back burner, states like California, New Jersey and other states that have been pushing their own Internet gambling laws should be in a good position to move forward with whatever online gambling legislation they’d want to pass within their own borders.

While Reid has admitted defeat for this year, the man isn’t ready to throw in the towel just yet, at least according to his chief-of-staff. “Our goal is to definitely try again next year,” Krone said, before adding a sentiment of caution. “Senator Reid’s feeling is that after a while there comes a time when you’ve lost momentum, you’ve lost the consensus that you’ve built. There will be a window next year, but I don’t see it going long.”

Dean Heller’s spokeswoman Chandler Smith, also assured the same thing, saying that the Republican senator “will continue to work to get legislation passed, even if it’s in the New Year”. The question now is if the senator can regain the Republican support he admitted to having to get a deal done.

Without question, opponents of the Reid/Kyl bill, particularly the states rights folks, are delighted about this setback, allowing them the leeway to pursue their own online gambling legislations. And while the supporters understand that the battle is far from over, they’re also cognizant of the possibility that if the states were to enact their own legislations first, it will make it very hard for a federal bill like the Reid/Kyl bill to supercede what the states already have in place.

There’s still a battle coming up, but in the proverbial scorecards, it reads: State Lotteries and States rights groups: 1 / Reid/Kyl Bill: 0.