Home / Business / Facebook and 888 hook up for some real-money 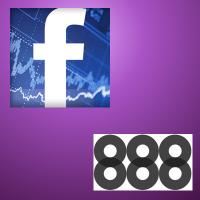 Everyone drop what you’re doing! Hold the phone! Get the champagne on ice! And it’s not just because it’s going to be the 12th day of the 12th month (20) 12 12:12pm in a few hours either. No, it’s because 888 Holdings today announced they’ve come to an agreement with social networking behemoth Facebook to launch a much-coveted suite of real-money gambling products on the site. It answers the lingering question as to when Facebook will enter the real-money gambling industry with 888, and the latter’s first offering is a real-money bingo app with a casino one, which will include slots and other games, to follow.

Rumors of a tie-up between the two first surfaced way back in the last month that we had a sequential day, month, year and time (November 2011 for those of you with brain-ache). CEO Brian Mattingley admitted there was some substance to the rumors in August and that after dabbling in a little foreplay they were ready to make REAL social gambling babies.

After the announcement, Itai Freiberger, COO at 888, stated the firm are “very excited” by real-money gambling on Facebook and the rollout follows a free-to-play offering that achieved a “significant audience”. For the current release they’ve worked closely with Facebook to make sure they “introduce the best of both worlds of real money and social gaming”.

Facebook Europe’s head of games partnerships, Julien Codomiou, stated that they’re “really pleased” to be partnering with 888 due to their “strong reputation on both the quality and safety of their games”. Was the announcement all for the benefit of the markets though? Well if it was…it hasn’t worked – yet. 888 Holdings’ share price was down 1 percent in early trading this morning and we’ll have to wait and see what the US market thinks of the deal.