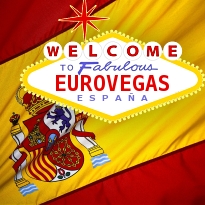 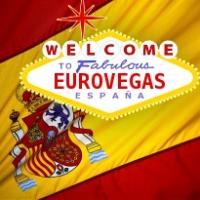 Thanks to some nifty strong-arming from Sheldon Adelson, Madrid mayor Ignacio Gonzales recently announced that regional gaming tax on brick and mortar casinos has been significantly slashed from 45% to 10%. The dramatic drop in tax was one of the conditions made by Adelson and his company, Las Vegas Sands Corporation for locating the company’s enormously grand €15 billion EuroVegas hotel and casino in the region.

It’s easy to understand why Gonzalez’ conceded to these demands, particularly considering the economic state the region – and the whole country, for that matter. With his region facing over 25% unemployment to go with enormous regional government debts, Gonzalez did only what he thought would be best for the entire region: ensuring that Adelson’s EuroVegas, and the subsequent billions in investments it could pump the regional economy, doesn’t relocate somewhere else.

Incidentally, Madrid already has the lowest casino taxes in the entire country, taking “only” 22% – 45% of gaming profits. Compare to that to other regions who tax in the 60% neighborhood and you can pretty much see the desperation in cutting that to a “paltry” 10%. But considering that Las Vegas taxes anywhere between 6% to 8%, that 10% number was something that was palatable for LVS.

All in all, EuroVegas is expected to include as many as 12 resorts, nine theaters, six casinos, three golf course, and even a sports stadiums. To say that the entire project is ambitious is a massive understatement. But it’s something that a region like Madrid adamantly needs in large part because of the employment opportunities – Adelson estimates to create around 250,000 jobs – it can generate to a region that’s in desperate need of jobs for its unemployed citizens.

In the end, dropping the regional gaming tax to 10% was a concession Gonzalez had to make. There are still some oppositions from a number of public sectors, but given the current spate of Madrid, things are already worse of as they are now. Any chance to infuse billions of dollars and investments and new employment opportunities is a whole lot better than waiting for money to rain down from the heavens.