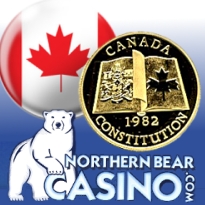 The Royal Canadian Mounted Police have brought charges against 21 Ottawa-area individuals accused of running an illegal online credit betting operation. An RCMP spokesman said the gambling site handled “millions of dollars” in sports wagers over the past six months on the NHL, NFL and the Olympics. The ‘Project Amethyst’ investigation, which also involved the Ontario Provincial Police and Ottawa Police, began in September 2010 and resulted in search warrants being served at 10 homes and businesses in July and September. Folowing further investigation, six more individuals were arrested this week.

The suspects are collectively facing a total of 54 charges, which besides gambling include charges related to the production of marijuana, conspiracy, fraud and ‘extortion by threats, accusations, menaces or violence.’ With the exception of one individual currently in jail on an unrelated matter and three more arrested Thursday night who were due to appear in court on Friday, the other 17 individuals have been released.

NORTHERN BEAR CASINO COULD CAUSE CANADIAN CONSTITUTIONAL CRISIS
The RCMP has yet to make a determination as to whether it intends to act against the online gambling site launched this week by Bernie Shepherd, CEO of Saskatchewan’s White Bear First Nation. The GEOBet-powered NorthernBearCasino.com launched the same day the government of Saskatchewan decided there wasn’t “a compelling business case” for a provincially sanctioned gambling site. The government subsequently referred the Northern Bear site to the RCMP to determine if charges should be laid against Shepherd.

While it has yet to give Shepherd’s casino its blessing, the Federation of Saskatchewan Indian Nations (FSIN) has nonetheless stated that the province is missing an opportunity by choosing not to partner with tribes on online gambling. Given that online gaming is already operating with provincial blessing in British Columbia and Quebec, with Manitoba and Ontario in the planning stage, FSIN chief Perry Bellegarde believes Saskatchewan’s gaming industry needs to evolve to handle the “emerging competitor” that online gaming represents. “First Nations and the province have a history of working together in developing a strong gaming industry. We can do the same with online gaming.”

This isn’t the first time that Shepherd has blazed a trail for gaming in Saskatchewan. In 1993, the RCMP shut down a Shepherd-run B&M casino – the province’s first – but the ensuing legal fight led to a profit-sharing arrangement at Saskatchewan’s current roster of eight operational casinos (six run by First Nations, two run by the province). Will history repeat itself online? The RCMP is likely considering its options carefully, as how they proceed could have ramifications far beyond provincial gaming laws.

Saskatoon radio station CKOM consulted constitutional scholars at the University of Saskatchewan about the somewhat hazy definitions of aboriginal rights under section 35 of the Canadian constitution. U of S law professor Dwight Newman suggested that if Shepherd’s case were to proceed all the way to the Supreme Court of Canada, “the likelihood is that the Court will say some things that will be of interest to governments and First Nations about where First Nations’ sovereignty begins and ends.” Such concerns were considered to have strongly influenced Saskatchewan’s government to play ball with Shepherd back in the 1990s. Newman says Shepherd is “putting forth a sincere claim that he believes in the existence of this jurisdiction and is asking that to be tested.” Will the RCMP call Shepherd’s hand?