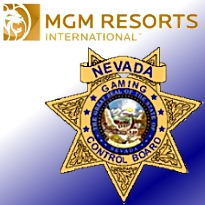 Boyd Gaming Corp., which operates 17 casinos in Nevada, Atlantic City and across the Midwest and southern US, lost $15.8m in Q3, compared to a profit of $3.1m in the same period the previous year. While Boyd’s revenues rose 3.9% to $613.3m – the fourth consecutive quarter of growth – costs rose from $522.1m to $564.9m and interest expenses rose from $60.1m to $74.1m. Boyd said it hopes to complete its $1.45b acquisition of Peninsula Gaming by December, which will add five more casinos to Boyd’s operations in the south and Midwest markets. The company’s online arm, Boyd Interactive, was granted an online poker license by Nevada regulators last month.

Boyd’s online poker joint venture partner, MGM Resorts, received its own favorable nod from the Nevada Gaming Control Board on Thursday, paving the way for a final hearing with the Nevada Gaming Commission, possibly later this month. MGM, which launched its MyVegas social casino in August, announced it would launch a free-play online poker site powered by myVegas developer Playstudios by March 2013. The third member of the MGM-Boyd tie-up, bwin.party digital entertainment, is currently undergoing GCB investigation and is expected to have its interactive service provider license application come up for a hearing “at some point next year,” according to new GCB chairman A.G. Burnett.

The GCB also gave its approval to interactive service provider license applications from Z4Poker and CAMS. Las Vegas-based Z4Poker is working on a poker system (and possibly bingo and keno systems as well) for smaller casino operators looking to make a move online without incurring crippling expenses. CAMS, a new subsidiary of electronic payment and risk management firm Verifi, runs systems to handle player age/location verification and management of online player accounts. CAMS president Matthew Katz said the Los Angeles-based company was launched in order not to offend the delicate sensibilities of Verifi’s more prudish clients, who might not wish to foul their nostrils by associating even indirectly with the dirty, filthy, smelly gambling business. (We’ve paraphrased Katz slightly.)

While MGM general counsel John McManus told the GCB his company’s preference was for a federally regulated online poker system that would “take the bad actors out of the equation,” faith in Sen. Harry Reid’s ability to push his online poker bill through the lame duck session of Congress is fading fast. The CEOs of both MGM Resorts and Caesars Entertainment recently stated they were making preparations for the increasingly likely prospect of state-by-state legislation. On a conference call with analysts on Wednesday, Caesars’ Gary Loveman said although he preferred a federal option, “we have shifted some of our focus to the legalization of online gaming in key states.” Similarly, MGM CEO Jim Murren told Reuters that “if it is in fact state by state, the states themselves need to compact with one another to create a more viable business model. We are encouraged to know that states are talking to one another.”