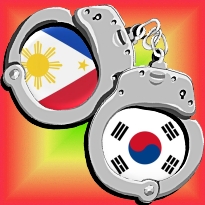 Okay, we gotta ask. Are there any South Korean ex-pats currently living in the Philippines who aren’t running an illegal online gambling site? There have been at least three busts in the Philippines of illegal online gambling operations run by South Korean nationals in the last four months (read about them here, here and here) and another operation was taken down in Cebu City this week. The Inquirer reports that six South Koreans were arrested on Friday for running an illegal online sports betting site out of the Winland Towers condominium in Barangay Camputhaw. An informant tipped off police as to the existence of the Cebu City gang following the August bust of a similar operation in Lapu-Lapu City, although Chief Inspector George Yianan told the Sun.Star Cebu that the two operations were not believed to be connected.

This latest operation’s clients were mostly South Koreans who used credit cards to fund their wagers. Police claim to have caught the perps in the act of taking bets during raids on five adjacent condos in the complex, where they seized 10 computers, plus laptops, phones and bankbooks related to the operation. The six suspects face charges under the Republic Act 9287, the law that boosts penalties for illegal numbers games. Yianan wryly noted that the suspects “took cover here in our country because they are easily traced in South Korea. They are offshoring.”

Accusations of a different kind of ‘offshoring’ were recently leveled at China by a senior Thai government official. The official, who spoke to Radio Free Asia (RFA) on condition that he not be identified, was complaining about Thai citizens crossing the border into Laos to gamble at that nation’s casinos and the resulting outflow of capital from Thailand. The official claimed the Laotian government had never wanted to approve their country’s casino business, but had buckled under pressure from China. Laos has three full-fledged casinos – the King’s Roman in the Golden Triangle special economic zone (SEZ) on the Thai/Myanmar border, plus the Savan Vegas in Savannakhet province and the Dansavanh Nam Ngum Resort on the Thai border in Laos’ capital city Vientiane – as well as a number of slot machine venues, including one in Vientiane that just opened last month. The Golden City casino in the Boten SEZ was closed earlier this year after “speculation of criminal activity” grew too widespread for the government to ignore.

With the exception of the Malaysian-run Dansavanh Nam Ngum, the major Laotian gaming facilities are under the control of Chinese nationals. The anonymous Thai official said “powerful cross-border business” had put “pressure” on the Lao government to permit the casinos and that “these interests, and this powerful force, can’t be prevented.” However, a different anonymous Thai official told RFA that “Laos does not yield to pressure” and that the government welcomed casinos for their capacity to bring tourist revenue into the cash-poor country. Whichever official is telling the truth, this much is clear: in Asia, money will continue to flow out of the nations that haven’t legalized casinos into those that have.