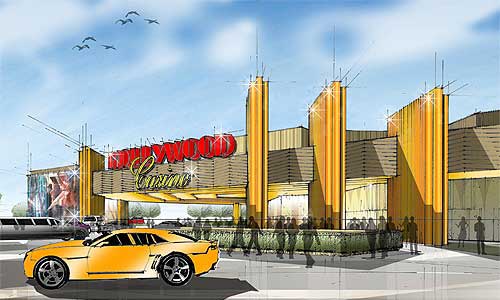 Penn National Gaming may have its hands full in Maryland but that hasn’t stopped them from moving forward with the grand opening of its newest casino, Hollywood Casino Columbus.

The $400 million casino will have an exclusive, invitation-only demonstration day less than a week before it officially opens its doors to the public next Monday. According to the casino, all the proceeds from the Wednesday demo day would not go to the casino but would be set-up to be distributed to five local non-profit organizations. A host of luminaries are expected to be in attendance when the casino holds the demonstration day led by Mayor Michael Coleman and former Calfornia governor and Terminator, Arnold Schwarzenegger.

When it officially opens next Monday, Hollywood Casino Columbus will be the third casino to open in the state. More importantly, it is expected to take the mantle as Ohio’s largest casino, covering a 475,000-square-foot area and housing 3,000 slot machines and 30 live poker tables while employing 2,000 individuals. On top of that, the casino will also have the facilities to host blackjack and roulette tables while also carrying four restaurants and numerous event spaces.

Penn National Gaming is anticipating around 3 million visitors a year at Hollywood Casino Columbus, a number that might be a little ambitious for some people. But considering the enormous investments put in to build the casino and turn it into the largest one in the state – bigger than the Horseshoe Casino in Cleveland and Hollywood Toledo  – it’s tantamount for Penn National Gaming to net huge action in the casino.

After all, they wouldn’t want to end up having the same fate as Atlantic City’s Revel casino, whose once glorious hype and promise has given way to the stark reality of growing disappointment caused by a failure to live up to the enormous expectations it set for itself.