Home / Casino / OLG’s pitch for a Casino in Toronto 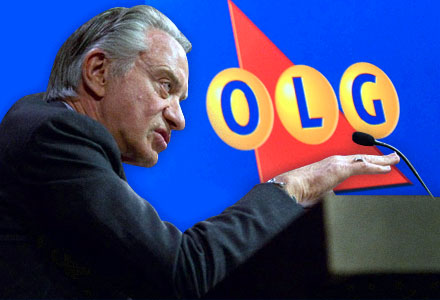 The Ontario Lottery and Gaming Corp. is making a pitch for a billion-dollar casino project in Toronto. OLG Chairman Paul Godfrey says a Toronto gaming facility would be the largest development project anywhere in Canada. It will be a great opportunity to create thousands of jobs and bring in billions of investment dollars for the province.

According to Godfrey, although OLG hasn’t “drawn a line in the sand” with a deadline, Toronto politicians have until early 2013 to decide whether or not to allow a new casino in the city.

“What we have to do it get this process finalized in 2013. It’s not there, we’re going to go somewhere else and get a decision and move on with it,” Mr. Godfrey told reporters. “We know that city council is going to debate this at the executive committee in November … so I would think that January, February at the latest.”

Be he has stressed that his preference is for Toronto. “Putting it somewhere other than Toronto won’t produce as many jobs or the same economic growth and it may not include the kind of world-class convention facility that the city needs,” Godfrey told the Canadian Press. “All I’m saying is that if it’s not in Toronto, it will be somewhere else. In Markham, in Richmond Hill, in Vaughn, in Mississauga, and it won’t be as iconic.”

MGM, the company behind some of Las Vegas’ bet gambling destinations such as Bellagio, Luxor, and The Mirrage is one of the private companies interested in building the casino “resort” in Toronto.

“It’s an amazing market, it’s an amazing city,” Alan Feldman, MGM’s senior vice-president of public affairs said in an interview. “We’d be prepared to invest an awful lot in the development of the concept.”

The Portlands, the Metro Convention Center and the Exhibition grounds are the three locations in Toronto that MGM is looking at for the proposed project.

“This would be a huge loss for Toronto if we didn’t get this,” said McEwan.

According to Aziz, “Toronto is “uniquely positioned” to become another casino destination because it has direct flights to almost anywhere in the world, especially Europe and Asia.”

Godfrey laid out a vision of the gaming entertainment center with a hospitality, retail and entertainment complex, in which gambling takes up less than 10 percent of the space. Such a project would create 6,000 construction jobs and 12,000 permanent jobs.