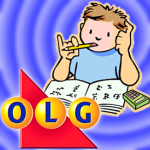 One has to admire the brazen nature with which most governments handle their own finances (with your money). Just recently we learned that Republican politicians in the US are encouraging gov’t lawyers to find a way for cash-strapped states to declare bankruptcy, and thus walk away from bothersome responsibilities like honoring pension plans for public workers.

Which brings us to Ontario Lottery and Gaming Corporation (OLG) chairman Paul Godfrey’s recent confirmation that the Canadian province was pressing ahead with plans to follow BC and Quebec into online gambling by 2012. Godfrey hopes OLG’s extension into cyberspace will “capture a portion” of the estimated half-billion dollars Ontario residents currently wager online each year.

Keenly aware that OLG has suffered from numerous scandals, including spend-happy executives expensing everything from gym memberships to golf clubs, Godfrey is promising a new era of accountability. Executive perks will be eliminated, a step Godfrey claims OLG was meaning to take long before all that nastiness in the press surfaced. But the improvements won’t stop there. Oh, no.

With the aim of delivering “even greater results and greater efficiency,” OLG’s Board is promising “a newly streamlined executive structure,” specifically, a reduction from its current 10-member team down to a mere seven-member squad. And then comes this: “This restructured executive management team with heightened responsibilities will come at approximately the same cost to the taxpayer as the previous structure, if not less.”

Hear that, Ontario? For the same amount of tax dollars that formerly got you 10 execs, you now get seven super duper extra efficient executives! That’s a savings of… Waitaminit… Sonofabitch! Of course, hope that any actual savings will occur is buried somewhere in that phrase “if not less.” For the record, that would be the same hope that’s contained in those “lose up to 20 pounds in two weeks” promises, which conveniently skirts the possibility that the phrase “up to” includes the number zero.