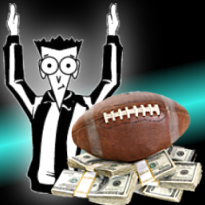 New Jersey voters are set to go to the polls Nov. 8, although no statewide elective offices are actually up for grabs. The chief issue to be decided is whether the state should amend its constitution to allow sports betting to take place at New Jersey’s racetracks and the 11 casinos in Atlantic City.

The need to put Public Question 1 to New Jersey residents could have been avoided had the state got on the ball back in 1992, when the federal Bradley Act (aka the Professional and Amateur Sports Protection Act, or PASPA) was passed into law. New Jersey was one of the few states that could have been ‘grandfathered’ into being allowed to offer sports betting — an offer that Nevada leaped at, to its eternal benefit — but NJ politicians inexplicably let the clock run out on their option, and here we are.

No matter how overwhelming the ‘yes’ vote on Tuesday, a successful court challenge of PASPA would be required before Garden State residents can legally bet on sports. The last attempt to challenge PASPA, led by State Sen. Ray Lesniak, was dismissed in US District Court this March. However, since the cited grounds for dismissal included the need to first amend New Jersey’s constitution, Lesniak views Tuesday’s referendum as a necessary precursor to the next federal court slugfest.

Since that last attempt, Lesniak has picked up some powerful allies. Opinion polls show New Jersey residents in favor of sports betting. The struggling Atlantic City casinos are eager to add any and all potential new revenue streams. Even Gov. Chris Christie — who infamously vetoed Lesniak’s successful online poker bill in February — has indicated he will vote ‘aye’ on Tuesday. Believing “it’s important for New Jersey to have this option,” Christie told the Associated Press that, should the referendum pass, he’ll be “sitting down with Sen. Lesniak and others (to talk) about how we’re going to implement the will of the people.”

North of the border, New Democratic Party MP Joe Comartin has made progress on his efforts to bring state-sponsored single-game sports betting to Canada. Canada has long offered sports betting via its provincial lottery operations, but only in three-game parlays (for pitiful payouts). Comartin, who represents the casino-friendly riding of Windsor-Tecumseh in Ontario, has introduced his private members’ bill in the past to no avail, but this latest version passed a Parliamentary vote Tuesday night — literally, with no debate — to send the bill to the Justice and Human Rights Committee for further discussion. If it passes muster there, the bill will return to the House of Commons for a third reading and final vote, possibly by year’s end.

Even Comartin himself seemed a bit stunned by the events, telling the CBC that “it’s not often a private members’ bill gets through.” There are still significant hurdles to overcome, including the bill’s trip to the Senate, the upper legislative house Comartin admits is “fairly notorious for slowing bills down.” But Comartin figures his arguments about taking sports betting out of the hands of ‘organized crime’ and into the hands of government will help tilt the balance in his favor. Oh, no… Say it ain’t so, Joe.

Comartin’s heart may be in the right place, but he envisions a scenario in which provincial gaming monopolies – in Ontario’s case, the Ontario Lottery and Gaming (OLG) Corporation – will run the show. The lack of competition will undoubtedly lead OLG to offer take-it-or-leave-it odds that Ontario punters will quickly recognize as inferior to those being offered by international online gaming outfits. The lack of independent oversight (one branch of government rubberstamping the actions of another branch) is another obvious drawback of state-run monopoly providers. And if OLG’s rollout is half as buggy as the fiasco British Columbia’s online gamblers endured, Comartin’s arguments about consumer protection will also ring hollow. Bottom line, competition provides the best value for consumers, who will naturally flock to the providers who offer them the best bang for their sports betting buck.