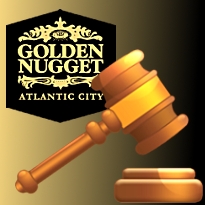 The 14 gamblers who took Atlantic City’s Golden Nugget casino for $1.5m in April after a stack of unshuffled cards was mistakenly loaded into a mini-baccarat dealing shoe have declined Nugget owner Tilman Fertitta’s offer to keep their winnings in exchange for dropping their lawsuits against the casino. Last Friday, a judge ruled that the gamblers were allowed to keep their windfall, a decision the Nugget’s attorneys initially said they would appeal, only to be overruled by Fertitta later that same day. But Fertitta’s offer was conditional on both sides of the dispute dropping all legal actions against each other, and the gamblers – some of whom were detained for hours by Nugget security following the wonky deck deal – have decided they want to keep their winnings AND press ahead with their lawsuits, which allege the Nugget subjected them to “ethnic discrimination, false imprisonment and assault and battery.”

On Tuesday, the Nugget filed papers to stay the court order to pay up while the Nugget’s attorneys prepared to appeal the judge’s ruling. Fertitta told the media he was “disappointed” by the gamblers’ decision not to take the deal. “This absurdity is beyond belief and forces us to continue on with the litigation.” Alan Feldman, one of the attorneys representing the gamblers, responded by saying the Nugget’s legal strategy to date “has been incomprehensible.” Another attorney, Benjamin Dash, helpfully translated Fertitta’s offer to pay up: “What he said is, ’I’ll do what I was obligated to do in April and what the court told me on Friday I have to do – if all the claimants drop all their complaints.’ That is not in the offing.”

Something that is in the offing for the Nugget is outdoor blackjack, as the casino has received the okay from the state Division of Gaming Enforcement to move three blackjack tables onto its outdoor deck. The move outdoors required more than simply shifting some tables and chairs; a web of elastic strings has been put in place to keep the sea breeze from blowing the cards off the table. (Can you imagine that lawsuit?) Nugget manager Tom Pohlman told the Associated Press that the response to the move, which was made right before Labor Day, has been better than expected. See, this sums up Atlantic City in a nutshell – why on earth couldn’t they have rolled out this plan on Memorial Day, when they might have been able to reap the benefits all summer long?