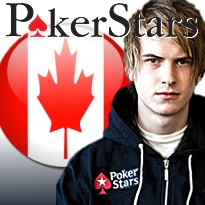 Shyam Markus, the poker room manager formerly known as FTPDoug, has posted an updated Q&A on what Full Tilt Poker players can/should expect when the PokerStars-rejuvenated online poker room returns to the interwebz. (Read it here.) Shyam’s ongoing role as FTP point person continues to rankle many 2+2 forum posters, who not-so-fondly remember FTPDoug’s role immediately following Black Friday, which included perpetuating the myth that FTP was solvent. To reassure FTP’ers, Stars’ Lee Jones posted his own note to 2+2 last week in which he stated the following:

“When we took over Full Tilt, we did a major house cleaning. Not only did we remove the very top people, we also removed much of the senior management. Furthermore (and this is important), we removed virtually all of the finance people. We kept the people who created and maintained the online poker experience and environment at Full Tilt Poker. Professionals such as marketing/brand staff, IT people, and poker room management. Shyam Markus was the architect of most of the poker room features and promotions that you have said you loved so much. He will personally address here what he knew and what he didn’t know and why.”

Stars has also parted ways with Viktor ‘Isildur1’ Blom. The online phenom joined Team PokerStars Pro in December 2010 and made his new sponsors proud by taking down the PokerStars Caribbean Adventure Super High Roller event this January and by running amok at the 2012 Spring Championship of Online Poker. But on Tuesday, Stars’ head of corporate communications Eric Hollreiser told PokerNews that the company and the player had mutually agreed not to re-up. Hollreiser praised Blom’s talent and wished him “nothing but success.” Blom log-rolled the best wishes right back, but added that now he just wanted “to concentrate on playing poker.”

In other Stars news, the company is rapidly approaching the 85 billionth hand dealt, yet another milestone on the ‘Road to 100 Billion’ promotion. Stars has also (finally) launched its mobile app in Canada. Despite the presence of Canadian-born Daniel Negreanu on Team PokerStars’ roster for five years now, Canada is a late arrival to the PokerStars Mobile party (following Italy, the UK, France, Asia and Spain), but hey, better late than never, right? Anyway, now that Stars is done taking that stereotypical Canuck propensity for politeness for granted, players can now enjoy the app on their Android or iOS devices (including the iPad 3).