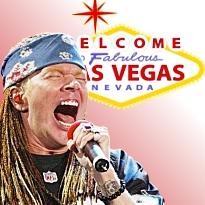 Station Casinos LLC, which operates 17 ‘locals’ casinos in the Las Vegas area, reported earnings of $7.5m in Q2 2012. Net revenue rose 4.5% to $312.2m; of that, gaming revenue rose 4.7% to $222.3m while food & beverages sales rose 7.1% to $62.5m and hotel room revenue rose 9.1% to $28.2m. Station, which is owned by the Fertitta brothers of Ultimate Fighting Championship and Ultimate Gaming renown, emerged from bankruptcy restructuring in 2011, making year-on-year profit comparisons difficult.

Aliante Station, a former gem in the Station Casinos pre-bankruptcy crown, earned $1.2m in Q2 compared to a $3.7m loss in Q2 2011. Total revenue rose from $17.2m last year to $18.7m based on a 9.2% boost in gaming revenue, a 7.4% rise in food & beverage and an 8.2% gain in room revenue. While Station Casinos no longer owns the 202-room property, it continues to manage the joint, although that deal expires before the end of this year. Aliante expects the transition to a new management contract with another firm will cost between $10m and $14m.

Affinity Gaming, the Las Vegas-based operator of casinos in Nevada, Iowa, Missouri and Colorado, lost $1.8m in Q2. While revenues were up 1.9% to $116.4m, debt refinancing and extinguishment activity resulted in an additional $8.8m in expenses.

Following the trail blazed by Mötley Crüe, The Joint at the Hard Rock Hotel is set to welcome Guns N’ Roses – which these days means Axl Rose and a revolving cast of faceless toadies filling in for Slash, Duff, Izzy et al – for 12 shows this fall. The first gig is booked for Oct. 31 aka Hallowe’en, a fitting date for someone with Axl’s newfound fondness for ghastly plastic surgery, with the last show on Nov. 24. The band played two previous shows at the Vegas venue last New Year’s Eve, and they’re promising a custom hits-only setlist for their new residency, but if past experience is any indication, ticket holders shouldn’t expect punctuality. Kinda sad when Axl’s “Do you know where you are?” challenge in Welcome to the Jungle is greeted by retorts of “Do you know what fucking time it is?”

Then again, if Axl attempts to cheat punters out of their allotted gig time, he just may find himself on Cheating Vegas, a new television series set to premiere on the Destination America cable channel this Sunday (19). The show focuses on the never-ending war of wills between those who set out to cheat the casinos and the casinos’ efforts to catch the cheats in the act. The first episode focuses on the ‘eyes in the sky’ at MGM Resorts’ Aria venue, but will also address the Tran Organization’s “false shuffle” baccarat scam (which did damage to Station Casinos’ property Palace Station) as well as the 2009 point-shaving scandal involving Arizona State basketball player Stevin Smith.