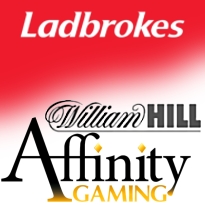 UK betting operator Ladbrokes saw its stock price plummet over 12% (21p) on Thursday following news that H1 profits at its online operations would be “around half” that of the comparable period in 2011. Lads isn’t expected to reveal the official figures until August 2, but CEO Richard Glynn decided to let the markets know about the “disappointing and unpalatable” prospects ahead of time. Factors contributing to the decline include Lads’ exit from markets such as Greece, a delay in the rollout of Lads’ new website combined with a heavier marketing spend and a raft of Euro 2012 favorites progressing to the final stages (not to mention the brouhaha surrounding the suspension of Lads’ top trader earlier this month). On the plus side, Lads claims its retail operations have performed above expectations and should “at least compensate” for the online impotence.

It was a bad day for gambling stocks on the whole, with Swedish operator Unibet falling nearly 5%, fellow Swedes Betsson down over 2%, 888 Holdings off 2.7%, Betfair down 2% and Playtech falling 1.6%. bwin.party fell 5.7% to 109.5p – a low point not seen since October 2011 and a far cry from 2012’s 174p peak in February – dragged down by the double whammy of uncertainty surrounding its newly issued online betting license in German state Schleswig-Holstein and this week’s revelation that the sale of Ongame poker network to US gaming device maker Shuffle Master wasn’t going through.

William Hill fell 2.4% on the day, despite the company releasing some good news. On Thursday, Hills announced it had inked a long-term pact to operate the sportsbooks of the Affinity Gaming casinos in Nevada. Hills and Affinity were already linked by Hills’ 2011 purchase of Brandywine Bookmaking, which controls the Lucky Race and Sports Book business utilized by the Affinity casinos. Thursday’s deal expands on that relationship, although terms of the new agreement were not disclosed. On the domestic front, Inspired Gaming Group has completed its three-month rollout of 2,000 Storm HD+ Category B2/B3 gaming machines in Hills’ betting shops across the UK. In January, Inspired inked an exclusive pact to supply Hills shops with machines, and the completion of this latest rollout brings the total number of Inspired machines in Hills shops to 9,000.