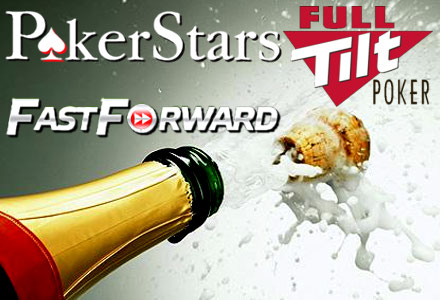 The US Attorney for the Southern District of New York confirmed on Thursday that it has received a $225m payment from PokerStars, the first installment of the $547m Stars agreed to pay US authorities to acquire the assets of Full Tilt Poker (FTP) and settle the civil charges filed against Stars by the DoJ on Black Friday. With the deal officially ‘closed’, Stars will now make good on the $184m owed to FTP’s players outside the US within the next 90 days, but there’s still no word as to when the DoJ will begin the procedure by which FTP’s US players can apply for refunds of their balances. Stars rep Lee Jones also confirmed that FTP will “be live” in many jurisdictions outside the US no later than Nov. 6 (ironically, the day on which US voters head to the presidential polls).

Following news of the deal closure, FTP poker room manager Shyam Markus took to the 2+2 forums to reveal that he was the real live boy behind the ‘FTPDoug’ sock puppet that took such abuse in the forums for being the only FTP entity that regularly communicated with players post-Black Friday. Markus will continue his former role under FTP’s new management and under a new moniker, the more appropriate ‘FTPMarkus.’ Markus posted a lengthy Q&A regarding FTP player accounts, points, rewards and other miscellanea, which can be read here.

PARTYPOKER UNVEILS ‘FAST FORWARD’ RUSH POKER CLONE
By chance or by design, leave it to Stars to (once again) completely steal PartyPoker’s thunder. Thursday was also the day on which Party was slated to release the beta version of its Rush Poker clone, which it has dubbed Fast Forward. In its most recent trading update, PartyPoker parent Bwin.party specifically singled out PokerStars’ fast-fold ring-game Zoom Poker as the chief culprit responsible for Bwin.party’s declining poker revenues. Fast Forward will be play money to start, but the company expects to debut $0.02/$0.04 and $0.05/$0.10 No Limit 6-Max options within a couple weeks.

Whether the Bwin.party execs like it or not, PokerStars will continue to be a thorn in their side for the foreseeable future. Stars’ attorneys have proven themselves adept at negotiating with US authorities, and the chances are good that they will be able to bring about a satisfactory resolution to the criminal charges facing the company and its top execs. Once that happens, Stars will quickly announce a joint venture with a licensed US firm, and regardless of whether it launches under the Stars or FTP banner, this JV will boast brand strength, the depth of the combined Stars/FTP databases and market-leading software – a combination that can’t help but lead to domination of a future US regulated market.

What’s more, Stars’ new US marketing efforts will have a spillover effect, boosting the brand’s profile in markets outside the US, taking even more market share from the likes of PartyPoker and further consolidating Stars’ near-monopolistic grip on the online poker world. This scenario is a dramatic illustration of a theme this site has repeatedly stated; namely, that privately held companies will always have more options at their disposal, plus more freedom to act swiftly to capitalize on those options, than their publicly held counterparts. No doubt those Fast Forward-ing folks at PartyGaming are wishing they could ‘rewind’ back to the day before their 2005 IPO and reconsider their options.