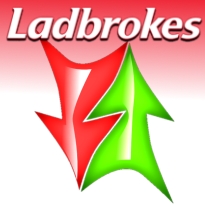 And then there’s digital. Despite a much-ballyhooed £50m digital makeover, Lads had forewarned the markets in June that online profits would be “around half” the previous year’s figure, which resulted in a 12% stock slide. True to their word, digital profits came in at £15m, 49.5% off the 2011 figure. Lads attributed the decline to a 30% increase in operating costs, in part from setting up in newly regulated markets like Spain and Denmark, while withdrawal from markets like Greece cut off other revenue streams. Also not helping matters was a delay in rolling out the company’s new website, which led to less than expected turnover from Euro 2012, plus a decline in sportsbook hold on the bets that did make it through. On a channel basis, digital sportsbook revenues were up 10.7%, casino was flat, poker was off 24.3%, bingo off 1.4% and games up 10.6%. Despite the technical snafus, Lads managed to boost its total digital actives by 21.5% over H2 2011, with sportsbook actives rising 23.8% and casino up 50.8%.

As might be expected, Lads addressed the downturn by shaking up its management ranks. Having already announced the departure of digital director Richard Ames – holding a £506k check and a promise of a discretionary bonus at Christmas – over the weekend, Nick Rust was confirmed as the new head of UK and Ireland retail and digital divisions. Former Gala Coral man Damian Cope will oversee international business and IT Director Mark Grimes has been added to Lads board to ensure the geek perspective is given its proper due when high-level decisions are made. Lads has yet to announce a permanent replacement for trading director John Thompson, who was dismissed in June but has appealed his ouster.

Having pre-sold the market on the dire digital expectations, Lads’ overall returns came as something of a pleasant surprise. As a result, Lads shares were up over 2p at the end of the day’s trading, closing out the day at 156.8p. Lads new digital sportsbook is expected to launch in Q4 2012. Once they’re sure the wheels aren’t coming off, beta testing of the mobile version will begin in Q1 2013. In the meantime, Lads announced its Spanish-facing operation LBApuestas has inked a one-year sponsorship with Spanish football outfit Valencia CF. Olé!