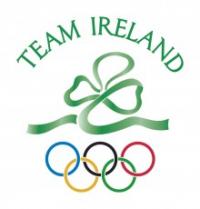 The 2012 London Olympics is barely a few days old and one of the athletes participating in the Games is already under fire for allegedly betting on an opponent to win during a pre-London Games event.

According to a report in the Irish Independent over the weekend, Ireland’s Olympic team is currently investigating one of its athletes for allegedly betting on an opponent to win at a pre-London Games event. Talking to the Associated Press, the Irish Olympic team’s spokesman Jack McGouran said that the matter is already being investigated. “At the moment, it is between the Olympic Council of Ireland legal department and athlete’s counsel,” he said.

The athlete’s name and the sport he is playing wasn’t initially revealed, but a report from Reuters seemed to point to sailor Peter O’Leary as the man that’s being investigated. O’Leary was recently seen being led out of the Olympic sailing venue near the seaside town of Weymouth. When asked by reporters to comment on the investigation, O’Leary refused to say anything. The sailor’s team performance director, James O’Callaghan, was also evasive on the matter, only telling reporters that the “issue is sub-judice so we have no comment to make.”

The Olympic Council of Ireland disclosed over the weekend that the athlete put up a sizable bet on one of his or her opponents, winning $4,800 from it before subsequently withdrawing $4,435 in cash from an account with a gambling operator, which, incidentally, wasn’t also named.

IOC spokesman Mark Adams said that the committee is already aware of the case and will deal with it in the appropriate manner as soon as more information becomes available.

“We have a proper process of dealing with betting cases which is much more robust than we had before,” Adams said. “At the moment it’s just to gather the information to decide if there’s a case to answer from our side.”

But in the event that O’Leary does get convicted, we all know that the International Olympic Committee doesn’t think too kindly on a participating athlete betting on any kind of Olympic event. So if the hammer does fall and he gets convicted of betting on his opponent, then it’s pretty safe to say that he’ll be packing his bag and heading out of London far sooner than he would’ve wanted.

Too bad…but if you sleaze your way into winning wagers by betting on an opponent to win, you deserve whatever punishment you get.