Home / Sports / Road to London: Bookmakers offering all kinds of specials leading up to the Olympics 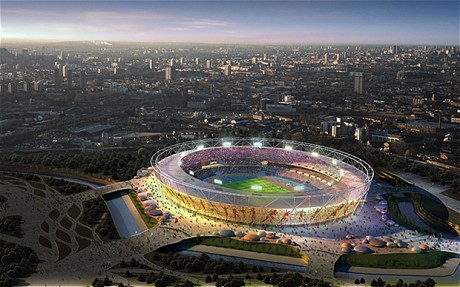 The 2012 London Olympics is expected to become a busy time for a lot of bookmakers, with the industry expecting to receive as much $150 million in betting action for the duration of the games. With so many options being offered by just about every bookmaker around – except in Vegas – some have resorted to including some outlandish betting specials to entice their customers.

Not content on betting who wins the gold in synchronized swimming? Well, how about you try your luck and lay some wood on a UFO sighting during the opening ceremony. How about making a wager on whether the final torchbearer trips on his way to lighting the Olympic flame? Pretty much everything short of Homer Simpson winning the 100-meter dash is up for the taking.

As ridiculous as these may sound, a number of bookmakers are jumping in with both feet in offering some hilarious specials, according to Paul Haven of the Associated Press. And the best part is, a lot of folks will probably eat them up too.

The aforementioned UFO appearance wager is being offered by William Hill at 1000/1 odds. Does ET riding on a bicycle count, though?

If the UFO-thing is a little too preposterous for your standards, you can opt for better odds – and we use the word ‘better’ loosely in this case – including 250/1 that every team in the 4×400 meter relay final drops the baton or 30/1 that London’s mayor, Boris Johnson, accidentally lights his hair on fire.

While we certainly wouldn’t wish any bodily harm on the flamboyant mayor, that unruly hair of his is primed to catch something if he isn’t too careful.

Then there’s Bodog UK, which according to our very own Jamie Hinks, is giving fans of the British Olympic team an opportunity to get paid back if the hometown heroes perform better than expected at the Games. “With Jessica Ennis odds-on and Mo Farah, Greene, Shakes-Drayton, Idowu and Ohurougu all in with great chances of winning this is a very competitive, some may even say, foolish cash back offer,” said Bodog trading manager Lance Cornwell.

Meanwhile, Ladbrokes is expected to offer as many as 11,000 different bets on the games, according to company spokeswoman Jessica Bridge. While most of them involve bets on legitimate athletic competitions, the UK bookmaker is also offering its own share of quirky Olympic specials, including if a British athlete will be photographed  eating a Big Mac, if the athletes village in Olympic Park will run out of condoms, or if the Olympics will go over budget.

The notoriously unpredictable London weather is also the subject of some specials with even odds on the chance that rain will fall during the opening ceremonies. If it rains for the entire duration of the games – that’s two-and-a-half weeks of little to no sunshine – odds increase to 50/1.