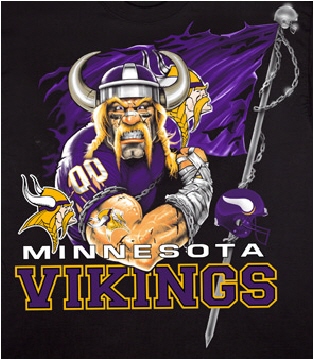 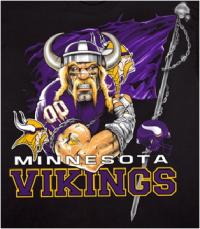 Minnesota gambling regulators have officially reached unanimous approval after voting on a new set of guidelines for new electronic gambling devices in the state, which will then provide assistance in offsetting the debt on the new Minnesota Vikings Stadium.

Acres 4.0, a Las Vegas-based company that has a long history in casino gambling, was given first dibs to by the Minnesota Gambling Control Board to produce, design and install its electronic pull-tab devices and linked bingo games for sale by charities. These devices – they’re actually iPads – are expected to be made available at state bars and restaurants later this year, possibly as early as the fall.

Part of the proceeds from this new gambling device will then be allocated to finance the state’s $350 million share of the total $975 million cost to build the new Vikings stadium.

The electronic pulltab game that state regulators approved is played on an Apple iPad, or, in some cases, smaller devices. The look is similar to what you’d see in other pull tab games, including the colorful graphics and sounds. Players then swipe the tabs on the screen to see and wait for the images to line up for a win. It’s the first time this sort of game will be played in Minnesota, although similar devices equipped with games other than pull tabs are already up and running in other states, including California, Oklahoma and Oregon.

Nevertheless, there’s still a ground-breaking aspect to this as far as the game’s introduction in Minnesota is concerned.

“Minnesota would be the first time they are used for charitable gambling, and the first time for casual play,” said John Acres, the founder of Acres 4.0. “We think what Minnesota is doing will set the tone for the rest of the country.”

Moving forward, Acres 4.0 will take the initial steps to bring the game to the state as expeditiously as possible. The first order of business is setting up a centralized computer server for the games to track and monitor their use. This, of course, is to adhere to Minnesota law that requires that a centralized computer server for the games be located in the state.

From there, all the gambling devices will be tested to ensure that they meet state’s security standards. “All gambling devices will be tested in labs to ensure they meet state standards for security from hackers, ‘randomness’ and other features to comply with Minnesota law”, said Tom Barrett, executive director of the Minnesota Gambling Control Board, as quoted by the Star Tribune.

While this piece of news might come as a victory for a lot of people, especially Vikings fans who have long sought for a new stadium to be built for their beloved team, a group of people, particularly the paper gaming lobby, didn’t take too kindly to the speedy process that the Gambling Control Board used to make its decision.

Their contention is that the process behind the approval should have been more thorough, something that the gambling board circumvented by drafting its standards for the new games and posting them online last month to gauge public reception instead of creating a committee to discuss the proposals, which was more typical for decisions like this.

Barrett argued that the decision to move along quickly was made so that the games could be “manufactured as soon as possible” and that the quick public turnaround gave them enough time to incorporate the comments into their stands.

The executive director of the MGCB also said that even if Acres 4.0 got first dibs, the board would still open their doors to other manufacturers to submit their design proposals in the future.