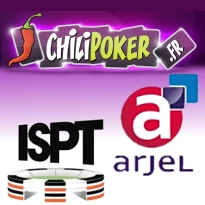 Yet another online gambling operator has decided the French market and profitability are incompatible beasts. Iliad Gaming, the joint venture of media outfit Iliad and Chiligaming that operates the Chilipoker.fr and Chilipari.fr sites, claims to have lost €4m over the past two years – €2.8m in 2011 alone – leading Iliad to conclude that the only option was to close up shop. The sites will shut down July 9 and player balances will be refunded within two weeks. In an article in La Tribune, Iliad CFO Thomas Reynaud said the French market’s widely criticized tax burden precluded the existence of a ‘competitive environment’ and discouraged French bettors from playing on regulated sites. Citing similar concerns, seven operators handed their operating licenses back to French gaming regulator ARJEL last year.

But according to ARJEL president Jean-François Vilotte, the fault lies not in the onerous tax rates but with the operators themselves. Speaking with Gambling Compliance last week, Vilotte dismissed the 5% drop in poker cash games stake levels during the first quarter of 2012 as a “recent development” that ARJEL “must not over-interpret.” Instead, operators “have to make sure of the attractiveness of their offer.” Vilotte also suggested part of the problem was due to the apparent fickle nature of French players, who “move from one game to another.” Vilotte suggested “operators need to ask themselves why” players choose to play other games.

Speaking of illogical French concepts, the organizers of the International Stadiums Poker Tour (ISPT) held a press conference in Paris last month, video of which was recently posted online. Laurent Tapie, last seen making a failed attempt to acquire Full Tilt Poker on the cheap, and his ISPT partner Prosper Masquelier revealed a few more tidbits regarding the venture, including the fact that Global Gaming Ventures helped secure the necessary gaming license for the ISPT’s inaugural event, scheduled to run May 31 – June 6, 2013 at London’s Wembley Stadium.

The plan is for the tourney to begin with 30k participants playing online via their laptops (and, presumably, their umbrellas) from the Wembley stands. Play will continue for two days until that mammoth field is narrowed down to 3k, who will then reassemble at 300 poker tables set up on the Wembley pitch. The buy-in is €600, with a re-buy on Day 1, and players who fail to progress to the live portion have the option of buying in for €6k. Group Partouche will produce the live event. Organizers are promising a “world famous performer” to handle the “entertainment” portion of the event, which organizers liken to the Super Bowl half-time show. Please, God, not the Black Eyed Peas again…