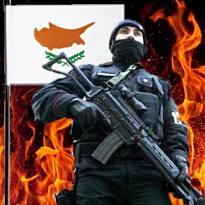 After a year or so of bitter debate, politicians in Cyprus are preparing to vote Friday on their country’s online gambling bill. The bill will allow sports betting but criminalize any form of online gambling in which the customer plays an active, real-time role – so no online poker or casino games. As such, it is viewed by many as unfairly tilted towards Greek betting outfit OPAP’s lottery games, which are not affected by the ban.

This week, the warring factions in the House of Representatives agreed on a revenue scheme that calls for licensed companies to pay a tax of 13% of gross profits – 10% of which goes to the state, while 2% will be diverted to the country’s sports associations (1.5% to the Cyprus Football Association and 0.5% to other sports) and the remaining 1% to anti-addiction efforts. This comes as a relief to betting companies, who didn’t much fancy the government’s original plan to impose a 3% tax on turnover.

Still up for grabs is whether or not the bill will formally criminalize exchange betting. Members of the DISY and DIKO parties, which together hold a majority of seats in the House, made the surprise announcement earlier this week that they would consider taking another look at allowing exchange betting, but only on foreign football matches not involving Cypriot teams. The ruling AKEL party is strongly opposed to exchange wagering, believing it will lead to money laundering, while the EDEK party has not yet tipped its hand as to how it intends to vote. Betfair’s most recent financial report indicates the company derives 2% of its revenues from Cyprus.

The bill’s perceived favoritism towards OPAP is being blamed for last month’s rash of arson attacks and drive-by shootings targeting the company’s betting shops. Other betting shop owners, whose internet-linked betting machines will have to go once the bill is passed, are among the chief suspects. On Thursday, the Cyprus Mail reported that police were fanning out across the country, determined to prevent things from getting out of hand should the bill’s passage prompt the anti-OPAP antagonists to kick things up a notch. Justice Minister Loucas Louca bristled at the suggestion that protecting a private company’s assets was a misallocation of the cash-strapped country’s scarce resources. “We have a duty and responsibility towards all members of the public to protect them against any criminal act. Are we going to allow people to just kill each other, because it has to do with private interest?”