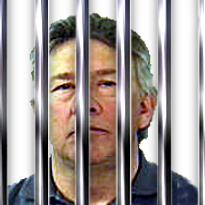 John Campos, the former vice-chairman of Utah’s SunFirst Bank, has been sentenced to three months in prison for his role in assisting online poker companies process payments to US customers. Campos, one of the original 11 figures indicted in the April 15, 2011 legal actions known as Black Friday, learned his fate in a Manhattan courtroom on Wednesday. In handing down the sentence, Judge Lewis Kaplan noted that Campos didn’t personally profit all that much from his involvement in the scheme, but that didn’t absolve him of guilt in a “greed-driven crime.” Originally facing multiple felony counts, Campos reached a plea agreement with prosecutors this March in which he would plead guilty to a single misdemeanor count of “causing a bank insured by the Federal Deposit Insurance Corporation to process illegal gambling transactions.”

THAT’S HOW THE BOOKIE CRUMBLES
In other New York court action, Staten Island resident Charles Cicalo pled guilty to ‘first degree promoting gambling’ and agreed to forfeit $1.3m in unlawful profits earned from illegal bookmaking. Cicalo had been facing a possible 25-year sentence, but the deal with Queens D.A. Richard A. Brown means Cicalo is looking at a one- to three-year prison stint when he’s sentenced on Sept. 6.

Cicalo ran a credit-betting operation that took bets via two Costa Rica-based websites – crownsports.com and jazzsports.com – while retaining the services of “super agents” to collect and distribute money to and from punters in the US. The operation was taken down in April 2010 when police made 26 arrests, 24 of which have since resulted in convictions. One of Cicalo’s super agents remains at large. Combined, the operators have forfeited $2.7m. Authorities say the operation took in $154m over its three years of operation.

EVERYTHING’S BIGGER IN TEXAS
In Texas, a similar operation is accused of processing wagers totaling over $1b between Sept. 2009 and Sept. 2010, with $50m of that being held by the perpetrators. Interestingly, criminal charges have yet to be filed – all information surrounding the case comes from a list of assets seized by the Internal Revenue Services’ criminal investigations division during two sets of raids in March 2011 and January 2012. IRS agents claim the Dallas/Fort Worth-area operation, which is believed to have been in action since 2002, involved 22 individuals utilizing 25 separate websites and a toll-free telephone number in the Dutch-controlled island of Curacao in the Caribbean. NBC affiliate KXAS’ Scott Gordon says the phone number received an average of 20k calls per month, ranging as high as 35k per month.

Many of the individuals whose assets were seized by the IRS have filed suit to compel the IRS to return their property, which includes cash, cars, computers, jewelry, collectible coins and silver bars. Among those seeking redress is poker pro Gregg Merkow, whose live tournament honors include a $561k payday for winning a WSOP Circuit NLHE Championship in 2005. Merkow claims the IRS is holding “numerous” gold coins and $233k in cash, which Merkow claims he needs to practice his profession.

Attorneys for many of those allegedly involved in the bookmaking operation are claiming that their clients were unaware that what they were doing was illegal. One of the websites connected with the operation, DMNonthenet.com, is still active, having shifted from Curacao to Costa Rica following the March 2011 IRS raids. The IRS has yet to prove anyone involved in the operation committed a criminal act, although attorneys for some of those who had assets seized say they expect prosecutors to file indictments in the coming weeks.