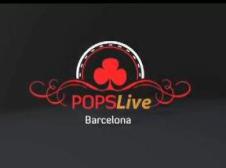 When the Spanish government officially granted licenses to online gaming operators, some companies decided to celebrate the occasion in grand style.

One of them was Playtech’s Poker Network, iPoker, who celebrated the opening of the Spanish market in fitting fashion: hosting the iPOPS Live Barcelona tournament at the Gran Casino de Barcelona.

The weekend was replete with non-stop poker action, highlighted by a live tournament that offered a guaranteed prize money of $1 million. As the industry’s largest poker network, iPoker certainly went balls to the wall in introducing itself to its newest market.

The tournament main event actually began six weeks ago when a total of 2,480 players took their shots through online tournaments that offered minimal buy-ins ($135 was the cheapest to get in) with the promise of a guaranteed prize amounting to $1 million. When the field was whittled down to 27 players, the tournament was paused and all the remaining players were invited to be part of iPOPS Live in Barcelona to finish the tournament.

The 27 players were all treated like royalty upon their arrival in the posh and swanky Gran Casino de Barcelona. From the all-expense paid trip that included four nights at the Luxury Arts Hotel to an exclusive cocktail party at the Sal Cafe restaurant, it’s a safe bet that all the players making up the live tournament had a whale of a time enjoying themselves thoroughly.

But when it was time to get back to business, the players reconvened at the felt to play out the tournament to its conclusion. In the end, Canadian Jesse Rockowitz from William Hill Poker emerged as the victor, pocketing a cool $100,000 in the process.

In the end, the iPOPS Live Barcelona event succeeded in reaching a wide audience of prospective new players in the newest online gambling market. Whether that translates to big business in Spain remains to be seen. But at the very least, it looks like iPoker got off on the right foot and made good on its first impression.