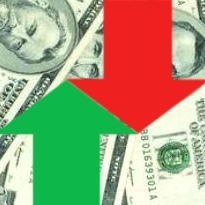 Nevada casino gambling revenues were $856m in April, a 6.1% rise over the previous year, according to figures released Tuesday by the Nevada Gaming Control Board. The numbers were slightly better on the Las Vegas Strip, where revenues rose 7% to $459m. Strip gambling win was up 7.4% over 2011, with baccarat up 15.7% to $65.7m to once again lead all card games in bottom line contribution. Blackjack win slipped 5.2%, craps rose 4.5% and roulette increased by 13.7%. Slots rose 12% to $248.9m. April makes the sixth month out of the last seven (thanks for nothing, March!) in which gaming win has risen.

The figures look even better when you consider Las Vegas visitor rates slipped 0.9% to 3.3m in April and citywide room occupancy rates fell to 86.5%. However, it’s worth noting that the same calendar quirk that was cited as contributing to the March decline – the month ended on a Saturday, which, by tradition, awarded March’s final weekend earnings to April – may have artificially inflated April’s bounty.

To no one’s surprise, figures released by the New Jersey Division of Gaming Enforcement showed total gambling revenues at Atlantic City casinos fell 9.5% in May to $263m. For the record, that’s just $2m more than the $261m worth of tax credits the state government provided last year to help speed the construction of Revel, AC’s newest gaming joint. Revel recorded $13.9m in gambling revenue in its first full month of operation, placing it eighth among the city’s dozen casinos, dampening hopes that it could serve as the spark plug necessary to kickstart AC’s barely beating heart. (That said, without Revel’s contribution, gambling revenue would have been off an even worse 14.3%.) Just one casino, the Golden Nugget, improved its position from last May, and only by 1%. Five of AC’s casinos were off more than 20%.

Tropicana CEO Tony Rodio told Philly.com that AC’s declining fortunes wouldn’t be helped by the addition to the region of 4700 slots once the recently opened Maryland Live! casino in neighboring Arundel Mills opens its second phase. “There is so much saturation now, everyone should be worried.” Everyone except the PricewaterhouseCoopers consultants hired by a Maryland state panel to consider whether or not to construct the state’s sixth casino in Prince George’s County. On Tuesday, that panel was told to ‘build, baby, build,’ and what the hell, why not add table games to all the casinos in the state while you’re at it. Seriously, the northeast US casino-building frenzy has all the trappings of the last decade’s subprime mortgage debacle, which, even four years after the crash, has left an estimated 1m homes sitting vacant in the United States. Do rats play blackjack, and if so, do they hit on 16?